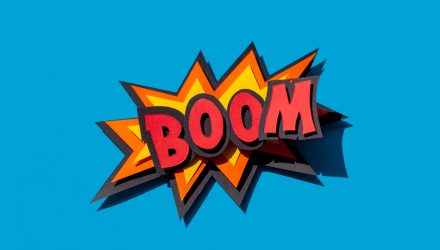 PKW, which follows the NASDAQ US BuyBack Achiever Index, is higher by almost 4%, indicating that there is in fact some ballast by way of share repurchase efforts. PKW’s recent performance could be a sign that companies are positive on what the rest of 2022 has in store despite a rough start to the year for broader equity benchmarks.

“Seen as a major contributor to Wall Street’s gains in the past several years, stock buybacks will be in the spotlight when results are unveiled. Companies typically buy back their shares when they are feeling confident about the future and view their stock prices as undervalued,” according to Reuters.

The $1.42 billion PKW holds 153 stocks — a testament to its index mandating that member firms must reduce shares outstanding tallies by at least 5% over the past year. Translation: PKW is home to companies that are materially reducing their shares outstanding counts.

Putting that into context at the sector level, the Invesco ETF allocates about 51% of its combined weight to two sectors — financial services and consumer discretionary. It’s possible that PKW’s roster expands as 2022 moves along because forecasts call for massive levels of repurchases this year.

To the point about companies expressing that there’s value in their stocks via buybacks, it’s interesting to note that more than half of PKW’s member firms are considered value stocks compared to just 4% with the growth label.