You are at:Home»Nasdaq Investment Intelligence Channel»PIO Pertinent as Water Issues Come Into Focus 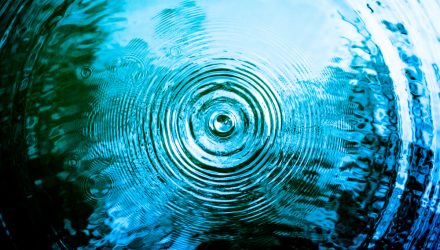 Climate change and a growing global population are combining to put water scarcity issues front and center for governments and investors.

Among exchange traded funds, there are multiple ways to access that theme, including the Invesco Global Water Portfolio (NASDAQ: PIO). PIO, which tracks the Nasdaq OMX Global Water Index, is increasingly relevant as water management becomes a higher priority for utilities and their customers.

The $305.4 million PIO holds 52 stocks and is positioned to benefit as the industrial and government cases for enhanced water management and technology expand. Morgan Stanley highlights those issues in a recent report.

“From an investment perspective, we think that heavily water-intensive companies should be prepared for potentially more volatile water pricing over time,” says the bank.

Translation: PIO is in line to benefit as water prices increase, which is likely to occur as scarcity takes hold and demand increases.

Morgan Stanley “said that water usage has risen six-fold in the last century. But 2 billion people still lack access to safe drinking water, while 3.6 billion people don’t have safely managed sanitation. And water demand is forecast to rise by roughly 30% by 2050,” reports Pippa Stevens for CNBC.

While PIO features exposure to seven of the global industry classification standard (GICS) sectors, industrial and utilities stocks usually loom large in water ETFs. That’s also the case with PIO, as those two groups combine for 75.6% of the fund’s weight, according to issuer data.

That’s relevant to investors considering sector-specific industrial and utilities ETFs because over the past three years, PIO easily beat both sectors while being less volatile. Add to that, water spending is already big in dollar terms, but it needs to rise and do so quickly to meet shifting global demands. PIO components could benefit from elevated water expenditures.

“Morgan Stanley noted that about $850 billion is spent every year on providing and maintaining water resources, but that this isn’t enough to meet global needs. Within that over-arching figure, about $300 billion is for capital expenditure, which the firm said is about one third of what’s spent on electricity networks,” according to CNBC.

Adding to the long-term case for PIO is the fact that both traditional and renewable energy are water-intensive, and as the former transitions to the latter, water demand is likely to rise.

“The ever-growing needs of industry and population mean that we are on the cusp of running out of conventional supply,” Morgan Stanley says. “It is one of the most climate-change resilient sources of water, independent of changes in weather patterns, droughts and rising temperatures.”