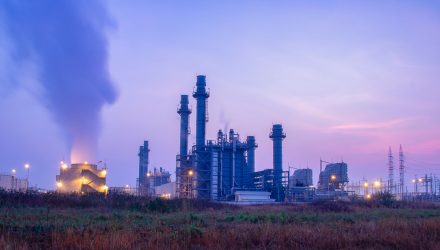 It wasn’t long ago that, thanks in large part to U.S. shale producers, the world was awash in natural gas, and those abundant supplies kept prices low.

FCG, which tracks the ISE-Revere Natural Gas Index, is up a staggering 93.47% year-to-date. Remember, that stellar performance is being accrued with stocks because FCG is an equity-based, not a futures-based, exchange traded fund. More upside could be on the way for FCG due to the aforementioned tight supplies. 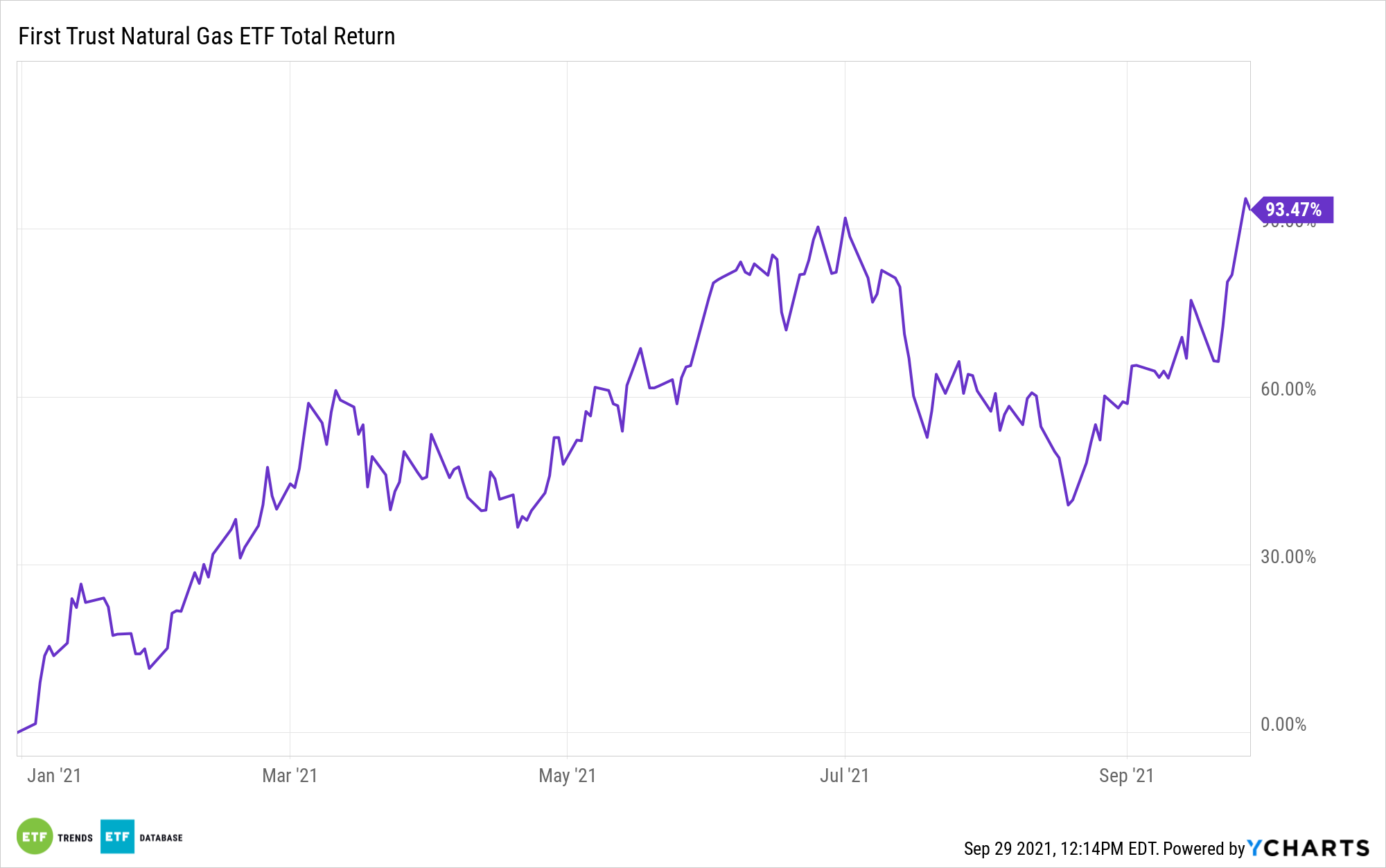 “Prices for natural gas, the most common way to heat homes and a leading fuel source for generating electricity, have surged more than 180% over the past 12 months to $5.90 per million British thermal units. Natural gas hasn’t been this expensive since February 2014,” reports Matt Egan for CNN Business. “The risk is that an early winter or extremely cold fall temperatures will force households to crank up the heat. That would further shrink the nation’s below-average stockpiles of natural gas and could lift prices even higher.”

An interesting element in the FCG thesis is Europe. All of the fund’s 40 components are American companies, but Europe is playing a significant role in driving natural gas prices higher. Some market observers contend that European countries moved too rapidly to renewable energy sources rather than using natural gas as a transition fuel on a slower path to renewables.

“Inventories at European storage facilities are at historically low levels for this time of year. Pipeline flows from Russia and Norway have been limited. That’s worrying as calmer weather has reduced output from wind turbines while Europe’s aging nuclear plants are being phased out or are more prone to outages—making gas even more necessary. No wonder European gas prices surged by almost 500% in the past year,” reports Stephen Stapczynski for Bloomberg.

News of Europe’s natural gas woes have been amplified in the mainstream financial press in recent weeks, and FCG is proving to be positively correlated to that trend. The First Trust fund is up nearly 15% over the past week and more than 20% this month. Those data points could be signals that while winter could be cold, FCG could remain hot.