You are at:Home»Nasdaq Investment Intelligence Channel»The Nasdaq-100 Index: A Legacy of Innovative Growth 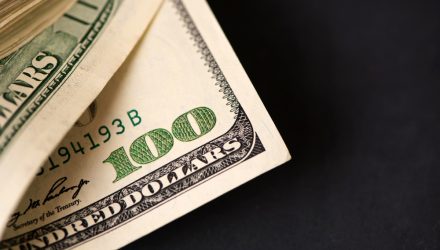 The Nasdaq-100 Index: A Legacy of Innovative Growth

The Nasdaq-100 Index (NDX) debuted on Jan. 31, 1985. Since then, it’s become one of the most widely followed equity benchmarks in the world, becoming a go-to for asset allocators and investors seeking exposure to large cap growth companies, many of which are purveyors of disruptive and innovative technologies.

Today, investments tied to the Nasdaq-100 are available in 31 countries. There exists north of $200 billion allocated to exchange traded products linked to the index. While NDX isn’t young anymore, its popularity continuously reminds money managers of the importance of the benchmark’s history and methodology.

“As indicated by the index name, the companies are fixed in number to 100. The fundamental determinant of inclusion is that the issuer be a non-financial company listed on the Nasdaq Stock Market,” according to Nasdaq research.

Today, NDX is dominated by the likes of Apple, Microsoft, Amazon, Alphabet, and other communication services and technology stocks. Those names and others have been mainstays in NDX for years, but over the life of the benchmark, it’s hosted nearly 500 different components.

“In April 2014, Nasdaq changed its policy concerning the number of components. Traditionally, the index has been limited to 100 common-stock issues, with only one issue allowed per issuer. Now, the index is limited to 100 issuers, some of which may have multiple issues as index components,” notes Nasdaq.

Google parent Alphabet is a prime example of a dual share class member of NDX.

Another reason NDX captures attention and assets from investors is that it holds significantly larger technology exposure than what is found in rival indices such as the S&P 500 and the Russell 1000. While the Nasdaq 100’s tech weight – 47.6% today – is high, it’s actually well off the record highs for the index, confirming the benchmark is evolving alongside the market.

“At the dawn of the 1990s, the Technology weight had increased to 31%, and by the middle of the decade, when the tech boom was well underway, it was up to 57%. November 1998 is noteworthy for two reasons: the continued acceleration of the bull market and the special rebalance of index weights,” adds Nasdaq. “At that time, Technology stocks accounted for 70% of the market cap of the index. The rebalancing reduced that weight to 56%.”

The Invesco QQQ Trust (QQQ) is the largest ETF tracking the cap-weighted version of the Nasdaq-100. Since 2001, the fund’s value has increased by roughly seven times.

The Invesco NASDAQ 100 ETF (QQQM), which debuted last year, is a cost-friendly alternative to QQQ. It provides the same exposure for a lesser annual fee of 0.15%.