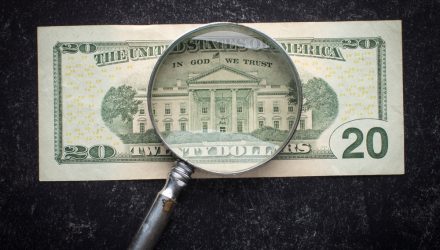 Like $1 Trillion-Plus Companies? This Internet ETF Has a Few.

Facebook (NASDAQ: FB) recently joined the illustrious $1 trillion market capitalization club, carrying with it positive implications for its investors and those holding any number of exchange traded funds heavy on the social media stock.

Speaking of using ETFs as avenues to domestic companies with market values of at least $1 trillion, the Invesco NASDAQ Internet ETF (NASDAQ: PNQI) is one of the more attractive options on this front. As its name implies, PNQI is an internet ETF, so it excludes two of the five members of the $1 trillion and up club because Apple (NASDAQ: AAPL) and Microsoft (NASDAQ: MSFT) are classified as technology stocks.

Still, three other stocks in this rarefied field are PNQI members. Those are Amazon, Google parent Alphabet (NASDAQ: GOOG), which is knocking on the door of $2 trillion, and Facebook. That’s relevant for PNQI, which tracks the Nasdaq CTA Internet Index, because, in order, Amazon, Alphabet, and Facebook are the fund’s largest, third-, and fourth-largest holdings, respectively. The trio combine for nearly a quarter of the fund’s weight, according to issuer data. 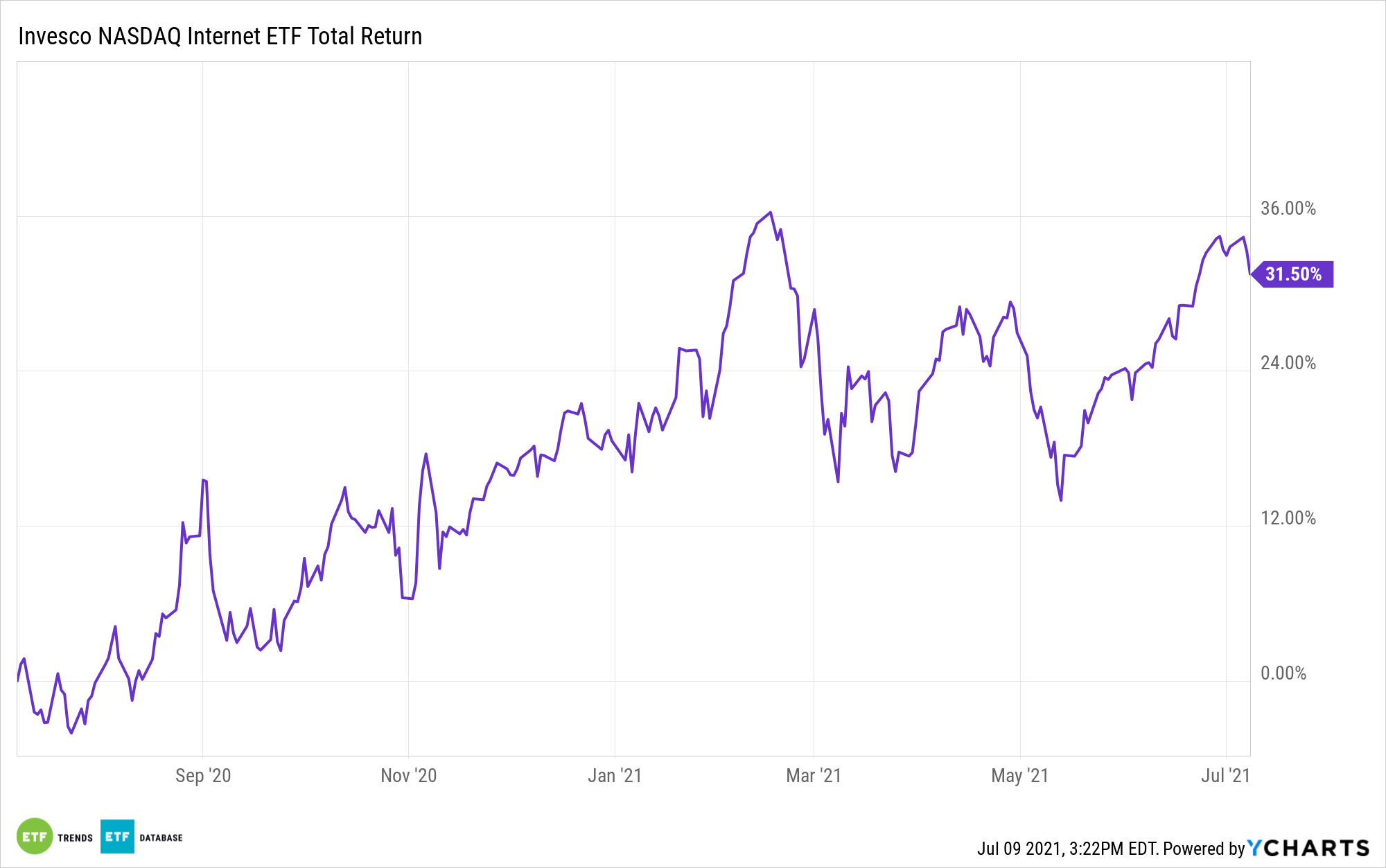 As of July 9, PNIQ is higher by about 11% year-to-date, an admirable performance given that the ETF is a bona fide growth fund.

If the reflation trade loses steam, investors could be lured back to growth stocks. As it is, the value rally didn’t do much to dent the fortunes of Alphabet, and Facebook and Amazon recently regained plenty of momentum, hitting all-time highs. Analysts are mostly bullish on these names, as well as some other members of the PNQI roster.

“We believe Amazon is well positioned as the market leader in e-commerce and public cloud, where the secular shifts remain early,” JPMorgan equity analyst Doug Anmuth said recent note. “We believe Amazon’s flexibility in pushing first-party vs. third- party inventory and its Prime offering both serve as major advantages in its retail business, and its multi-year head starting the cloud has led to a 40%+ Amazon Web Services (AWS) global market share.”

Although Alphabet is up 47.47% year-to-date, making it the leader of the FAANG quintet, analysts are still widely bullish on the name, citing earnings growth, share repurchases, and burgeoning businesses outside of internet search. Those include cloud computing and an increasingly dominant perch in artificial intelligence (AI).