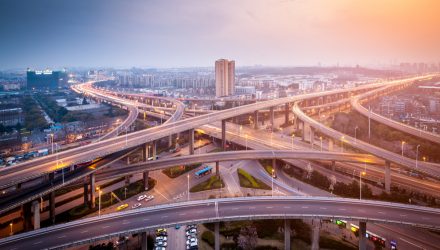 Infrastructure Bill Could Be Fantastic for FAN ETF

While not as large as some clean energy proponents previously hoped for, the Biden Administration’s infrastructure bill contains a fair amount of funding for renewable energy projects and bolstering the nation’s power grid.

If executed properly, spending over time could be beneficial to exchange traded funds, including the First Trust Global Wind Energy ETF (FAN). FAN, which follows the ISE Clean Edge Global Wind Energy Index, could be an infrastructure bill winner because the legislation contains $73 billion aimed at shoring up the power grid. That could be to the benefit of some wind companies analysts.

“Utility-scale and offshore wind farms, as well as battery manufacturers, are likely to see more immediate benefits from the bill’s passage because electricity infrastructure upgrades will enable easier integration of intermittent renewable generation into the grid,” notes IHS Markit. “The bill directs the creation of a Grid Development Authority to oversee grid upgrades.”

According to issuer data, more funding for utility-scale wind projects is relevant to FAN and investors considering the First Trust fund because the utilities sector represents 59.73% of the ETF’s roster.

What’s often overlooked in the renewable energy conversation related to politics is that there are bipartisan elements. Good news for FAN investors: Wind is one such example. This renewable source can play a vital role in modernizing power grids, and that’s an issue policymakers from both parties can get behind.

“A more reliable and expanded grid could also be a ‘powerful engine’ behind increased capital spending towards major projects designed to bring wind power from large farms in rural areas or offshore as they match with grid capacity and interlinks to load centers,” according to IHS Markit.

Some of the biggest offshore wind power systems providers include Vestas, Orsted A/S, Northland Power, and Siemens Gamesa Renewable Energy. That quartet represents four of FAN’s top five holdings and combines for about 30% of the fund’s weight.