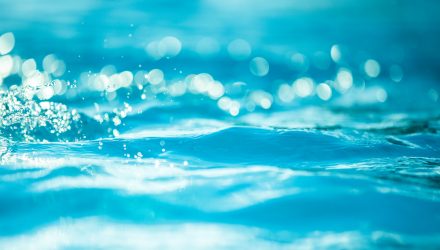 By some estimates, 90% of California is under a drought warning. In neighboring Nevada, water levels in Lake Mead — a major water source for the Las Vegas Valley — are declining to marks not seen in decades.

Ominous as those examples are, they serve as reminders that water investing, though often overlooked, is potentially appealing from a long-term perspective. Investors can get in on the action with various exchange traded funds, including the Invesco Water Resources ETF (PHO).

The $1.52 billion PHO, which turns 17 years old in December, follows the NASDAQ OMX US Water Index. That gauge is comprised of various companies with water industry exposure, including those that are at the forefront of purifying technology for commercial and residential use.

That trait makes PHO highly relevant in the water investing conversation because, due in large part to climate change, countries and corporations the world over are struggling to find adequate water resources.

“It is also a scant resource: Just 3% of the earth’s water is fresh, according to the U.S. Bureau of Reclamation. About 2.5%, however, is locked up in polar ice caps, glaciers, the atmosphere, and soil, or is highly polluted or lies too far below the earth’s surface to be extracted at an affordable cost. That leaves just 0.5% of the earth’s water available as freshwater,” reported Lauren Foster for Barron’s.

It’s going to take a village of industries to bolster the world’s fresh water supply, and PHO is levered to that theme, as the Invesco ETF has exposure to 10 industry groups. A significant portion of the fund’s 38 holdings hail from the industrial and utilities sectors — sensible allocations for a water fund — but PHO also features exposure to healthcare, materials, and technology stocks.

That suggests that PHO has the attributes necessary to deliver for investors on multiple fronts. Indeed, the water race is a multi-front endeavor.