You are at:Home»Nasdaq Investment Intelligence Channel»Fed Tightening Doesn’t Have to Doom Nasdaq-100 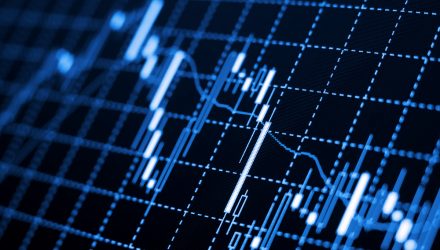 It’s no secret that the Federal Reserve is embarking upon tapering and that the central bank is likely to raise interest rates next year. Perhaps more than once.

As is par for the course, experts and pundits are opining about what assets could prove vulnerable to higher borrowing costs. In bygone eras of Fed rate tightening, it was often thought that growth and technology stocks could be crimped by higher interest rates owing to longer-term cash flows.

This time around, investors might not want to be dismissive of growth- and tech-heavy exchange traded funds, including the Invesco QQQ Trust (QQQ) and the Invesco NASDAQ 100 ETF (QQQM). Both QQQ and QQQM track the widely observed Nasdaq-100 Index (NDX). Perhaps surprisingly, NDX actually proves durable as Treasury yields rise.

“Additionally, U.S. large-cap/growth stocks, such as theNasdaq-100® (NDX™), have outperformed during the yield pickup periods. The outperformance of NDX was the joint effect of having the highest EPS growth and a more favorable valuation matrix,” says Richard Lin of Nasdaq.

In a research report, Lin notes that from the end of 2020 through the end of October, the correlation of NDX to 10-year Treasury yields is -0.1951, significantly more negative than the S&P 500’s correlation. The Dow Jones Industrial Average was positively correlated to 10-year yields over that span.

Relevant to QQQ and the cost-efficient QQQM is the notion that as interest rates rise, a stock’s price should decrease, but history doesn’t always bear that out, and that’s encouraging NDX’s prospects in 2022 as rates rise.

As Nasdaq’s Lin points out, some large-cap growth stocks are able to grow earnings per share while rates rise, allowing those names to ward off the ill effects of lower discount rates.

“The higher EPS growth is priced into the equity valuation and offsets the deterioration of discount rate due to rising rates,” concludes Lin. “Meanwhile, NDX still enjoys the highest EPS growth in both scenarios, 14.3% for long-term average and improved to 15.6% under the rising rate environment.”