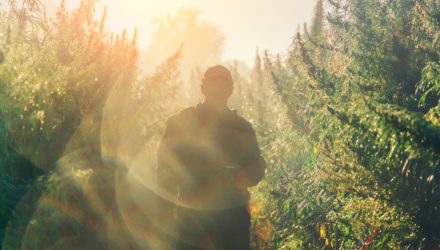 After soaring more than 14% on Thursday alone, the Global X Cannabis ETF (NASDAQ: POTX) is higher by nearly 18% over the past week. Marijuana-related ballot initiatives are the primary reason why. 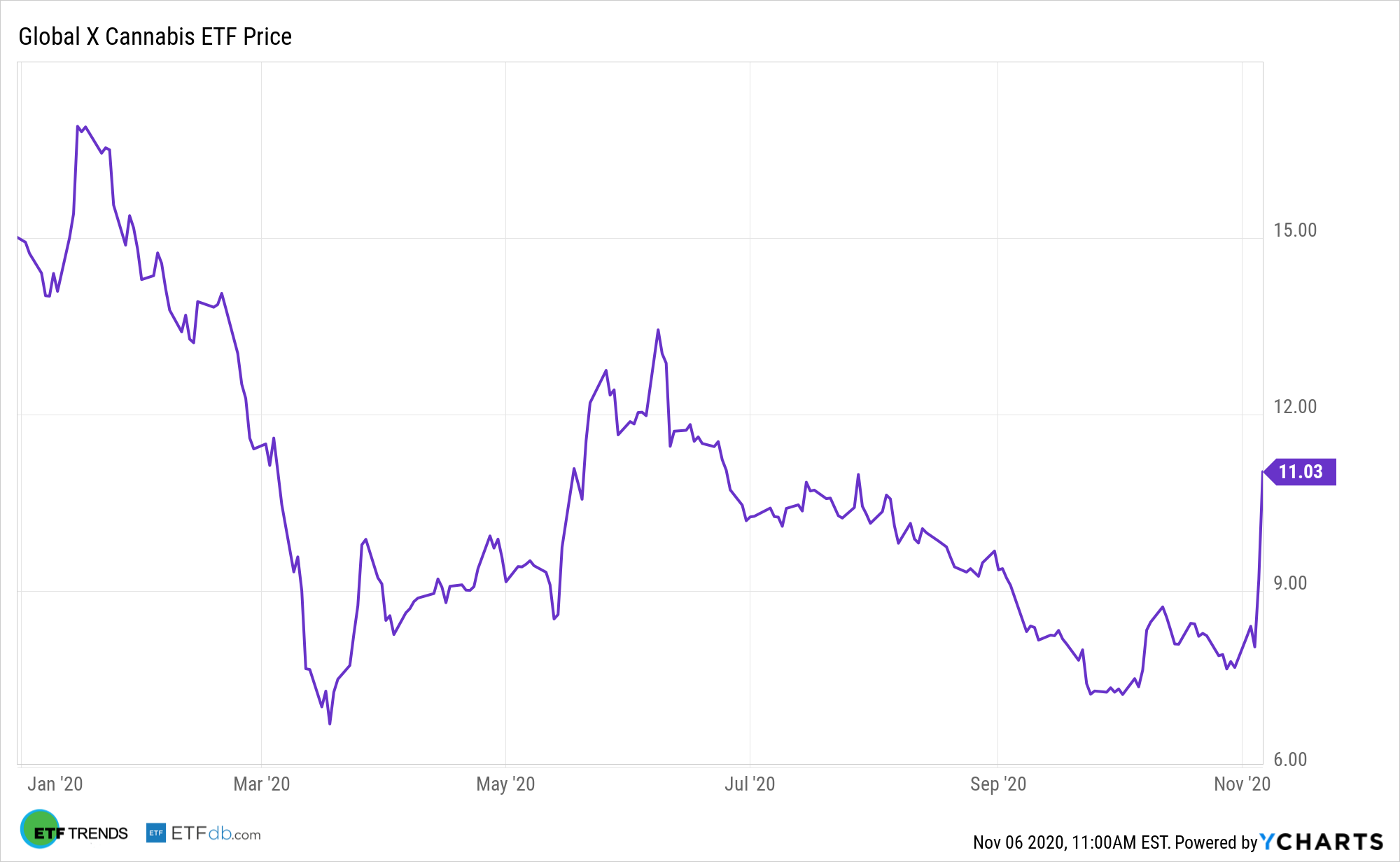 On Election Day, Arizona, Montana, and New Jersey expanded legalization to recreational cannabis while Mississippi approved medical marijuana and more conservative South Dakota signed off on both medicinal and recreational use.

“We view the success on all votes as evidence of still-growing acceptance for legalization among Americans. It also confirms our long-term view for nearly 25% average annual growth for the U.S. recreational market and nearly 15% for the medical market through 2030,” according to Morningstar.

Some market observers that with states reeling from revenue shocks endured during a multi-month shutdown, legislators in those areas are looking for new ways to raise revenue and that could include permitting new vices in a bid to generate “sin taxes.”

Canopy is the second-largest holding in POTX at a weight of 10.56%. Canopy previously stated it will only sell CBD products in states where it is permissible under U.S. law. It will also follow existing FDA regulations for manufacturing, labeling, and marketing dietary supplements.

Some other POTX holdings have modest U.S. exposure, which needs a boost in order to adequately capitalize on recent election results.

“Three-star Cronos (CRON), 3-star Tilray (TLRY), and 5-star Aurora (ACB) have some exposure to the U.S. but only through hemp-derived CBD. As a result, Tuesday’s outcome will have no direct impact. Despite its announcement the day after the election to acquire U.S. craft brewer Sweetwater, 5-star Aphria (APHA) will also see no direct impact,” notes Morningstar.