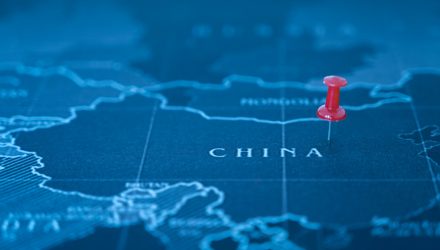 One of the major issues facing market participants this year, particularly those seeking exposure to emerging markets, has been the Chinese Communist Party’s (CCP) regulatory crackdown.

That effort zeroed in on online education firms, consumer internet companies, and others, sparking significant downside in those names and exchange traded funds such as the Invesco Golden Dragon China ETF (PGJ). PGJ, which follows the NASDAQ Golden Dragon China Index, is off 28.31% year-to-date.

With the benefit of hindsight, investors now know that Beijing looms large in Chinese financial markets. That lesson is being reiterated this year, but it’s not surprising, nor does it mean that hope is lost for assets like PGJ. For investors looking for value in Chinese growth stocks — and there’s some to be had today — keeping things in perspective regarding political risk is required.

“China’s stock market isn’t riskier than it was several years ago. Its government was always working behind the scenes to guide the country’s economic growth and spur its market higher,” says Morningstar analyst Daniel Sotiroff. “China’s central party was largely responsible for expanding its economy through a series of reforms that began in the late 1970s. Ever since, it has been loosening or tightening restrictions as it saw fit, with implications–both good and bad–for investors.”

Home to 97 stocks, PGJ can now be seen as a prime risk/reward opportunity. The risk — the CCP’s regulatory efforts — is largely baked into Chinese stocks. The reward is that many of the ETF’s holdings, such as JD.com (NASDAQ:JD) and Alibaba (NYSE:BABA), were targets of the clampdown, meaning that they could offer risk-tolerant investors upside going forward. Moreover, PGJ is reflective of the “new China” in equity market terms.

Bottom line: Chinese stocks are getting a bum rap this year and deservedly so, but if PGJ member firms play ball with Beijing on the regulatory front — as some are already doing — those headwinds could ebb, potentially facilitating upside for PGJ.