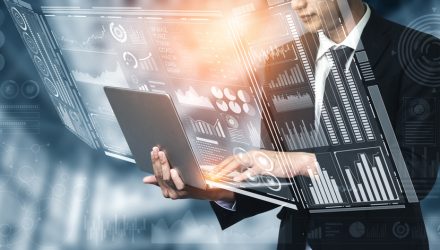 With tech stocks flailing in the first quarter amid rising rates concerns, investors may be tempted to shy away from the previously high-flying sector. The Nasdaq-100 Index’s (NDX) recent flirtation with a bear market only compounds that situation.

However, some market observers believe that recent declines among large- and mega-cap growth stocks, including tech names, are creating buying opportunities. That could prove beneficial for exchange traded funds such as the Invesco NASDAQ 100 ETF (QQQM). QQQM follows the aforementioned Nasdaq-100 Index. Amazon (NASDAQ:AMZN) is among the mega-cap growth names that analysts still like.

“While Amazon’s stock is down about 5% this month and 12% this year amid a broader market sell-off, the tech giant remains a dominant player in the e-commerce space. Memberships to Amazon Prime continue to drive revenue as does advertising, analysts noted. Morgan Stanley analysts see 44% upside in Amazon shares from their March 11 close,” reports Samantha Subin for CNBC.

The e-commerce giant recently announced a share split aimed at making the stock more approachable for retail investors and a $10 billion buyback plan. The $3.49 billion QQQM allocates 7.16% of its weight to Amazon, making the stock the ETF’s third-largest component, according to Invesco data.

“The firm said it’s bullish on Apple based three factors: big research and development spending, expansion into new price points and ‘and in-house new and differentiated technology.’ Morgan Stanley has a price target of $210 per share on the stock, 36% above its March 11 close,” according to CNBC.

As of March 14, Apple is QQQM’s largest holding, at a weight of 12.29%. That’s an advantage of almost 200 basis points over Microsoft (NASDAQ:MSFT), which is the fund’s second-largest holding.

“Hinge … is tracking towards becoming the #2 global online dating platform… and still in very early innings of international expansion and monetization,” according to Morgan Stanley.