You are at:Home»Nasdaq Investment Intelligence Channel»Bitcoin on the Move Reflects Resiliency of Crypto 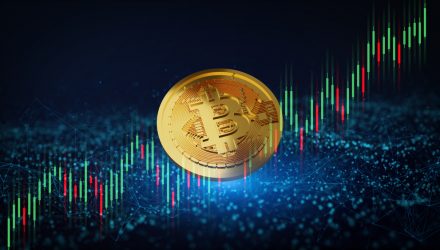 Bitcoin on the Move Reflects Resiliency of Crypto

Monday saw Bitcoin rising up to hit the $50,000 mark again in what has been a volatile recovery since May’s lows, which dipped below $30,000. While it continues to be a bumpy ride, investors and analysts are taking it as a sign that crypto may be around for the long haul.

The announcement by PayPal on Monday that it would be allowing trading in crypto in the U.K., something U.S. residents have been able to do since October of last year, sent Bitcoin climbing to hit its new recent high, reported Yahoo’s Morning Brief.

Bitcoin experienced a massive sell-off in May after Tesla CEO Elon Musk commenting that the car manufacturer would no longer accept Bitcoin for payment sent the cryptocurrency reeling. The resulting volatility reinforced the idea for some that cryptocurrency was not an asset class to be invested in.

Despite the sudden drops and marked volatility, Bitcoin, and cryptocurrency in general, keep gaining in popularity, both among both investors and major businesses. Companies are increasingly seeing the crypto space as one that is here to stay and are enabling and investing in its growth across all areas.

“Crypto’s not a fad. There are elements of this, certainly, that feel a little speculative and bubbly… but if we zoom out and look at the secular 10-, 20-year trend… we view crypto as a fundamental enabling component of this new digital world,” said Meltem Demirors, CSO at CoinShares, in an interview with Yahoo Finance Live.

Blockchain technology is what crypto is built on, including popular cryptocurrencies such as Bitcoin. The Siren Nasdaq NexGen Economy ETF (BLCN) tracks the Nasdaq Blockchain Economy Index, an Index that includes blockchain companies that are researching, supporting, developing, innovating, or using blockchain technology either for their own use or for use by others.

The Index only includes blockchain companies that have a market cap greater than $200 million and shares that have an average daily trading volume greater than $1 million. These companies are then ranked by a proprietary ranking system (Blockchain Score) that Nasdaq and Siren, the Index Providers, created. This system anticipates which companies will benefit the most from blockchain.

The top 50–100 companies with the highest Blockchain Score are included in the Index and are weighted according to their Blockchain Scores, with higher ranking being more heavily weighted.

While the fund does not invest directly in cryptocurrency, it may have indirect exposure through the securities it contains that will potentially use cryptocurrency.