You are at:Home»Nasdaq Investment Intelligence Channel»Big Tesla Exposure Could Boost This ETF as Adoption, Profitability Increase 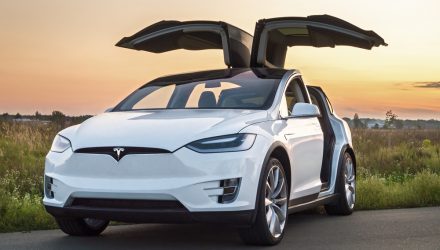 QCLN, which follows the NASDAQ® Clean Edge® Green Energy Index, has an 8.45% Tesla allocation, as of Aug. 27. That makes the EV giant the second-largest holding in QCLN, and it makes the exchange traded fund one of the largest ETF owners of Tesla stock.

Those data points are relevant at a time when the automotive industry is experiencing significant disruption — disruption led in large part by Tesla.

“The auto industry is set to undergo a rapid transition over the next 10 to 20 years as battery electric vehicles, or BEVs, increase as a percentage of new car sales and internal combustion engines, or ICEs, are phased out,” says Morningstar analyst Dave Sekera. “Tesla’s stock value will be determined by how much market share the firm will be able to maintain of this growing share as legacy auto manufacturers roll out their own BEVs. In fact, the value is not just in revenue growth but also in how profitably Tesla can sell vehicles.”

To be sure, the $2.66 billion QCLN offers investors diversity beyond Tesla. The fund is home to 53 stocks, and its holdings include “companies engaged in manufacturing, development, distribution and installation of emerging clean-energy technologies including, but not limited to, solar photovoltaics, wind power, advanced batteries, fuel cells, and electric vehicles,” according to First Trust.

Bolstering the case for Elon Musk’s Tesla and QCLN are the company’s businesses outside of auto manufacturing, some of which position the California-based company to be a long-term tech and clean energy leader.

“But Tesla is not just an auto manufacturer. It has several other business lines such as subscriptions for autonomous driving and energy generation and storage as well as startup technologies,” adds Sekera. “These ancillary businesses will also generate economic value over the long term and must also be analyzed and valued based on their long-term prospects.”

For investors considering QCLN as a Tesla proxy and as an avenue for surging EV demand, that scenario could materialize, perhaps bolstering the fund’s fortunes along the way.

“In 2020, BEVs only accounted for approximately 3% of global auto sales. In our updated projections, as shown on the chart below, we estimate that number will jump to 30% by 2030–a significant increase from our prior projections of 20%,” according to Sekera.