You are at:Home»Nasdaq Portfolio Solutions Channel»A Shot at 1 Trillion Dollars: Nvidia in the ETF Space 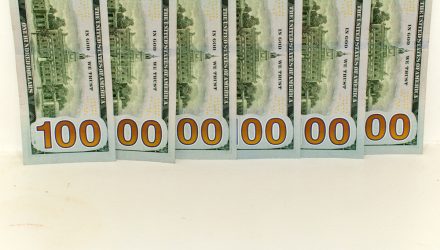 A Shot at 1 Trillion Dollars: Nvidia in the ETF Space

Up a staggering 154.57% over the past year, Nvidia Corp. (NASDAQ: NVDA) is the largest U.S. semiconductor booster of ETF fortunes, particularly the VanEck Vectors Semiconductor ETF (NASDAQ: SMH).

SMH, one of the bellwether semiconductor ETFs, seeks to replicate as closely as possible, before fees and expenses, the price and yield performance of the MVIS® US Listed Semiconductor 25 Index. The fund normally invests at least 80% of its total assets in securities that comprise the fund’s benchmark index. The index includes common stocks and depositary receipts of U.S. exchange-listed companies in the semiconductor industry. Such companies may include medium-capitalization companies and foreign companies that are listed on a U.S. exchange.

Investors may want to embrace SMH as an avenue to Nvidia – the ETF allocates almost 8% of its weight to the stock – because some analysts say the stock could run to a market value of $1 trillion.

“If chipmaker Nvidia can overcome regulatory hurdles to close its $40 billion acquisition of Arm, then it can potentially become a member of tech’s trillion-dollar club, according to RBC Capital Markets,” reports CNBC.

As an industry, semiconductor makers are highly tied to global growth, estimates for which are being ratcheted lower due to the coronavirus. However, many of those trimmed estimates pertain to the first half of this year. Pent-up demand could seep into the third and fourth quarters.

If Nvidia can ascend to $1 trillion, joining the likes of Apple (NASDAQ: AAPL) and Microsoft (NASDAQ: MSFT) in the process, it would be an undoubtedly impressive move because it would require the chip maker’s market value to more than triple from current levels.

“The company said Wednesday that it expects to close the Arm acquisition in the first quarter of 2022. But the deal, which would create the largest chipmaker in the West by market value and global reach, faces potential regulatory challenges — particularly from China where much of the tech industry relies on Arm,” according to CNBC.

SMH, Nvidia, and other chip makers have a variety of tailwinds for investors to consider, including the growth of artificial intelligence, clean energy, and more.