You are at:Home»Nasdaq Investment Intelligence Channel»A Longer-Term Approach to Investing in China 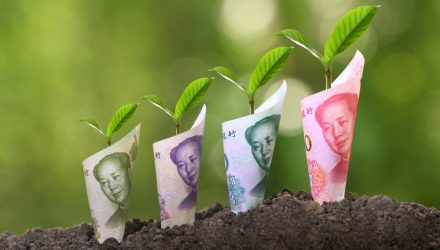 A Longer-Term Approach to Investing in China

China and “regulatory issues” aren’t words international investors will want to hear in the same sentence.

That’s leaving investors with more questions than answers. However, once-beloved Chinese internet stocks, including those residing in the NASDAQ Golden Dragon China Index (PGJ’s underlying benchmark), is that Beijing’s regulatory campaign will eventually ease and Chinese growth stocks will bounce back. Investors, however, will need to be patient.

“We see China’s regulatory crackdown that recently rattled markets likely to moderate, alongside a dovish shift in macro policy, for the near term,” according to BlackRock.

Geopolitical risk in emerging markets is nothing new, and Beijing is no stranger to a heavy-handed regulatory approach. Prior to tech/tutoring/internet, the Chinese Communist Party (CCP) went after healthcare companies in 2018 and some market observers believe it could eventually pursue more regulations on real estate companies.

For investors considering PGJ or a related ETF, the potential good news is that while regulatory clampdowns in other developing economies are often performed in the name of enriching the government and a small cartel of investors, that’s not the case with China.

Rather, Beijing is pushing companies, including PGJ components, to be better stewards of consumer data and deal with the fact that competition benefits consumers and the economy in the long run. Moreover, the CCP is aware of the impact its recent regulatory regime is having on markets and its own economy.

“We expect China’s broad-based, macro policy stance to loosen further during the rest of the year –including monetary, fiscal and some administrative aspects, and see cyclical assets potentially benefitting,” adds BlackRock. “Yet we expect a measured approach from policymakers. The Politburo’s meeting statement struck a slightly dovish tone on regulatory policy, and we see this as a reflection of the pragmatism of China’s leadership after recent regulatory moves led to market volatility.”

For now, Beijing isn’t going to back away from forcing some PGJ holdings to play ball simply because share prices are declining, but the veracity of this crackdown will eventually ease.