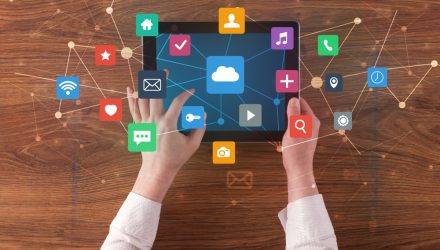 Elon Musk has offered to buy out Twitter (NasdaqGS: TWTR) in an unsolicited deal worth more than $43 billion to bring the company private, but social media sector-related exchange traded funds brushed off the hype.

Billionaire entrepreneur and Tesla CEO Musk offered a $43 billion cash, or $54.2 per share, takeover offer to Twitter on Thursday, arguing that the company should be taken private to grow and become a platform for free speech, Reuters reports.

“Twitter has extraordinary potential. I will unlock it,” Musk, who is already the company’s second-largest shareholder, said in a letter to the board.

The offer was officially made public on Thursday in a regulatory filing.

Musk, the world’s richest individual, previously rejected an invitation to join Twitter’s board after disclosing his 9% stake in the company, which many analysts saw as a sign that he would take over the social media platform, since a board seat would have limited his total position to just under 15%.

Investors, though, largely brushed off the offer, with Twitter shares even trading lower in midday trading along with the broader technology and growth segments.

Some observers argued that Musk’s offer was lowballing the platform, which has become a major source of communication around the world. For example, Saudi Arabia’s prince Alwaleed bin Talal tweeted about the deal, describing himself as one of the “largest & long-term shareholders of Twitter” and rejected Musk’s offer that undervalued the company.

Musk has stated on Twitter that it was his “best and final offer.”

“Since making my investment I now realize the company will neither thrive nor serve this societal imperative in its current form. Twitter needs to be transformed as a private company,” Musk said in his letter to Twitter chairman Bret Taylor.

Musk has made his displeasure known for the company’s ability to ban users on its platform at whim, most notably including former President Donald Trump.

“A lot of people are going to be super unhappy with West Coast high tech as the de facto arbiter of free speech,” Musk tweeted.