You are at:Home»Multi-Factor Channel»Surprising ETF Held up Well Amid FAANG Malaise 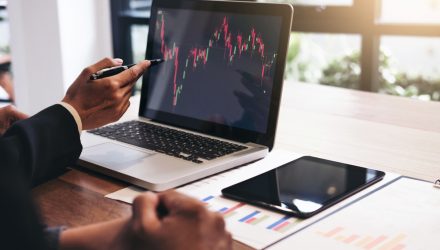 The Invesco S&P 500 High Beta Portfolio (NYSEArca: SPHB) may not be the first ETF think of when high-flying growth stocks, such as the FAANG names, retreat, but SPHB held up pretty well during the recent pullback.

SPHB tracks the S&P 500 High Beta Index, which “consists of the 100 stocks from the S&P 500 Index with the highest sensitivity to market movements, or beta, over the past 12 months. Beta is a measure of relative risk and is the rate of change of a security’s price,” according to Invesco.

Fundstrat’s Tom Lee notes some SPHB components could be ready to notch their own rallies.

“Lee’s team uses Invesco S&P 500 High Beta ETF as a proxy for these epicenter stocks. Stocks with high beta tend to move in the same direction as the overall market but to a greater degree, capturing many of the stocks that fell the furthest when the pandemic hit the U.S. and surge the most on positive vaccine news,” reports Jesse Pound for CNBC.

SPHB consists of the 100 stocks from the S&P 500 Index with the highest sensitivity to market movements, or beta, over the past 12 months. As such, the ETF is heavily allocated to cyclical sectors. volatility is a statistical measurement of the magnitude of up and down asset price fluctuations over time. Beta is a measure of relative risk and is the rate of change of a security’s price.

“Lee, who was bullish on the market’s ability to overcome the pandemic before most on Wall Street, said the recent data in cases and infection rate were ‘very good.’ He also noted that travel and gatherings for the Labor Day holiday could create another surge in cases,” according to CNBC.

SPHB is relevant as a coronavirus trade.

“Many of the epicenter stocks are “binary trades” that should react strongly to the approval of a vaccine, Lee said. The strategist listed airlines, hotels, and theme parks as some of the industries that should see a “full recovery” when a vaccine is approved,” reports CNBC.

SPHB’s leverage to that theme is apparent as the fund devotes 18.49% of its weight to consumer discretionary stocks, its second-largest sector weight behind financial services.