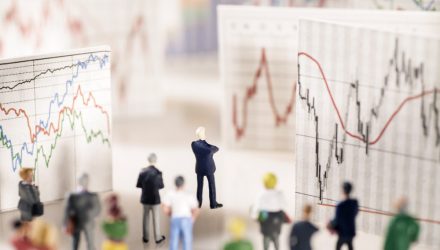 Size Up Shareholder Yield With This ETF

Some ETFs focus on dividends while others emphasize buybacks, the two primary forms of shareholder rewards. The combination of the two results in the concept known as a shareholder, which is the emphasis of the Principal Shareholder Yield Index ETF (PY).

PY seeks to provide investment results that closely correspond to the performance of the Nasdaq US Shareholder Yield Index. The index uses a quantitative model designed to identify equity securities (including value stock) of mid- to large-capitalization companies in the Nasdaq US Large Mid Cap Index (the “parent index”) that exhibit high degrees of sustainable, shareholder yield.

The three components of shareholder yield are good measures for shareholder friendliness. The trifecta helps investors target companies with a history of dividend growth, low debt and the ability to support equity prices through share buybacks.

A Slice of PY

While there is an ongoing debate regarding the superior method of shareholder compensation – buybacks or dividends – there is no denying dividend growth stocks have been less volatile while offering superior returns than those that do not grow dividends over the previous three decades.

Buybacks can be viewed as shifty accounting, but an explicit focus on dividends misses the buyback and strong cash flow components indicating the concept of blending the three virtues as espoused by PY can be rewarding.

PY, which recently turned four years old, allocates about two-thirds of its combined weight to financial services, consumer discretionary and technology stocks. The fund has a distribution yield of 2.57%.