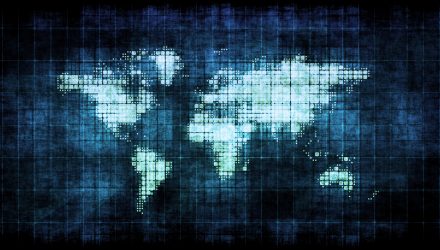 With the United States and China locked in an increasingly heated rivalry, the European Union needs to choose a side.

Since China was accepted as a full member of the World Trade Organization (WTO) in 2001, its share of world GDP has jumped from 8% to 19%. Meanwhile, Europe’s portion has fallen from 35% to 16%, and the United States declined from 20% to 15%. Today, given China’s meteoric rise to global economic power, it’s increasingly considered a strategic rival to the West.

Yet, even as the U.S. pursues a policy of decoupling from China, the EU has been avoiding the issue of alliance altogether. European interests have been served by maintaining good economic relations with both countries. However, in the wake of COVID-19, Europe has reached a tipping point and must pick a side.

On one hand, Europe’s relationship with China has profound strategic and economic significance so the EU is understandably hesitant to endanger it. On the other, European leadership recently voiced its disapproval regarding China’s market access and intellectual property theft.

The EU isn’t the only economic power making hard decisions. Countries across the world have begun to reduce their dependence on China. Indeed, India banned the popular Chinese video app, TikTok, with the U.S. threatening the same while the United Kingdom announced its mobile network operators will stop buying equipment from Chinese tech giant, Huawei.

Investors have meaningfully increased strategic exposure to Emerging Asia (EM Asia) in recent years, driven by the region’s favourable demographics, stable political systems, and pro-growth policymaking. At the same time, much of the EM Asia’s gains were contingent on China’s success. Understandably therefore, investors may be worried about China’s evolving diplomatic implications and the deliberate global shift away from China.

However, both China and Emerging Asia appear to be more resilient than external observers may presume.

While reciprocal trade tariffs with the U.S. did weigh on China’s economic growth last year—as could similar restrictions with Europe—the impact today may not be as significant as it would have been several years ago. That’s because the Chinese story is no longer about exports.

Today, about 90% of China’s manufactured goods are consumed domestically. The country’s ratio of exports to overall GDP is lower than many major advanced economies, including Germany, France, and the U.K.—a fact that analysts often seem to overlook.

China is also funding its own growth. Local investment is driving increased manufacturing capacity, rather than foreign corporations seeking to bolt cheap Chinese labour onto a global supply chain. The country is reportedly planning a slew of new government policies to bolster its domestic semiconductor industry as well, with the aim of further insuring it against U.S. trade restrictions.

With that in mind, it’s not so surprising that the hostilities have actually had a limited impact on China’s market performance. In fact, so far this year, Chinese equity markets have outperformed most other global regions. What’s more, it’s not just Chinese companies that have performed well, but also companies with heavy exposure to China.

In short, the dynamics have changed significantly.

The rest of Asia hasn’t been standing still

Many developed Asian economies have been growing parallel with China, not just because of China.

It’s evident that China isn’t the whole story for Asia. The region has many diverse economies with favourable tailwinds generated by their own rising middle classes, strong political systems, and increasingly sophisticated policymaking tools. Plus, valuations in many of these markets remain attractive.

As a result, EM Asia will likely continue to be an important strategic investment area, even if tensions escalate between China and the global community.

Are capital markets the next political battleground?

There are, however, signals of a geopolitical scenario that could fundamentally lessen EM Asia’s investment appeal: political interference in capital markets.

In the U.S., Congress and the SEC are currently working on guidance that would:

The clear intention is to convince investors to reduce their investments in Chinese securities. With more than 200 Chinese companies listed in the U.S., representing more than $1 trillion of market capitalisation, political action to limit Chinese access to foreign capital would have significant consequences—not only weakening Chinese investment prospects, but also disrupting EM Asia markets.

Investors may need to navigate the increasingly fraught geopolitical relationships

Ultimately, neither EU allegiances nor global action to reduce trade dependence on China should cause investors to significantly alter their EM Asia allocation. There are still numerous reasons to maintain strategic exposure to Asia ex-China economies. And even the Chinese economy itself is increasingly in control of its own destiny, with domestic demand and investment fuelling growth.

The geopolitical environment, however, carries some material risks. The shifting U.S. political climate may increase the likelihood of governmental interference in capital markets. If it does, investors will need to factor that into their assessment of Chinese stocks and, by inference, EM Asian assets.

It will be important to keep a close eye on the rhetoric emerging from not just the U.S. and China, but also from the EU, as it works out how to navigate an increasingly fractured relationship.

Unless otherwise noted, the information in this document has been derived from sources believed to be accurate as of September 2020. Information derived from sources other than Principal Global Investors or its affiliates is believed to be reliable; however, we do not independently verify or guarantee its accuracy or validity. This material contains general information only and does not take account of any investor’s investment objectives or financial situation and should not be construed as specific investment advice, recommendation or be relied on in any way as a guarantee, promise, forecast or prediction of future events regarding an investment or the markets in general. The opinions and predictions expressed are subject to change without prior notice. Any reference to a specific investment or security does not constitute a recommendation to buy, sell, or hold such investment or security, nor an indication that Principal Global Investors or its affiliates has recommended a specific security for any client account.