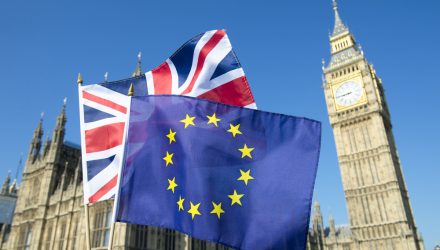 Short and Sharp: Brexit – are we there yet?

It’s been a blessed few months since I last wrote about Brexit. Unfortunately, however, with it once again reclaiming newspaper headlines, Brexit can no longer be ignored.

According to officials, the UK and EU could strike a deal on their future trading and security relationship as early as next week (new COVID-19 infections withstanding), helped along by various Brexiteer aides having left their governmental posts. Of course, over the last four years, Brexit trade negotiators have missed so many “crucial” deadlines that you would be forgiven for shaking your head as you read this.

There are just six weeks left before Britain’s departure from the EU’s single market on December 31, and any deal will still need to be ratified across Europe. As seems to be typical for Brexit negotiations, we are getting down to the wire.

It’s worth noting that a “soft” Brexit is no longer an option. The choice is between no deal (and therefore a return to WTO rules) and “hard Brexit with a minimalist deal” (which likely omits the UK’s service sector), confining it to gradual exclusion from the EU’s single market. One thing we can be sure of though is that, in a dash of marketing brilliance, both sides will come away from the negotiating table pronouncing that they have “won”.

Stuck in the mud

The key sticking point in talks is the issue of fishing (which accounts for just 0.12% of UK GDP). The EU is looking to maintain its current access to UK fishing waters, but the UK is taking that as an affront to its sovereignty. At some point, that surely must be resolved.

There are also remaining questions about whether the UK will sign up to common agreed standards on fair competition in order to create a level playing field, as well as the extremely sensitive issue of the Irish border.

On this last point, the Irish border, the U.S. election result is likely to have a meaningful influence on discussions. President-Elect Biden has emphasised the importance of upholding the Good Friday Agreement, clearly noting that any Brexit moves that endanger Irish peace will drastically lower the chance of a U.S./UK trade deal. Without President Trump dangling the prospect of a U.S. trade deal, irrespective of the Irish border, the stakes are even higher for the UK to come to an agreement with Brussels, if it wants to avoid being left out in the cold by both the U.S. and the EU.

And if that wasn’t enough

Even if a “no deal” is unlikely, some form of a disruptive hard Brexit is inevitable—and this isn’t even the only challenge facing the UK economy! Accelerating COVID-19 cases have triggered a new national lockdown, likely knocking a few percentage points of growth off an economy that had already fared worse through the pandemic than any other advanced country.

2021 will undoubtedly be a stronger year for the UK economy, as it will for most countries, especially with a potential vaccine in sight. But the damage inflicted by COVID-19 this year means that, according to the Office of Budgetary Responsibility’s (OBR) own forecasts, the UK economy will shrink by almost 11% in 2020—its worst annual performance in over three centuries. That economic damage will be carried with it for several years, likely only recovering to its 2019 peak in late 2022. The projected pace of the recovery, as forecast by the OBR, is despite being cushioned by heavy fiscal support. After the latest extension to the government’s furlough scheme, the fiscal deficit is set to hit a tremendous 20% of GDP.

Policymakers are the saving grace … but for how long?

The Bank of England is also playing its part through this crisis, coordinating its policy moves with the government in order to provide an effective one-two stimulus punch. In recent weeks it has expanded its QE program by £150bn and seems to be drifting towards negative interest rate policy next year. Some pundits have criticised the latest policy move, questioning what economic impact such a move will truly have when interest rates are already so low, yet they are missing an important point. The main aim of the Bank of England’s stimulus programs and potential move to is to absorb expansion of government issuance and suppress gilt yields, thereby permitting the government to aggressively increase crisis spending without worrying about spiraling debt costs. Just as is the case in other countries, the onus is on the government to trigger economic reflation, and further fiscal easing will inevitably be necessary to support the recovery.

Of course, the central bank cannot keep this up forever and at some point, they’ll have to unwind stimulus. Then, the government will have to think about correcting its public finances, leaving the Chancellor with no choice but to consider tax hikes and/or public spending cuts—all at a time when the economy is feeling the brunt of exiting the EU’s Single Market.

Aside from a drop below $1.20 in March as pandemic fear surged, the pound has maintained a level above $1.30 against the U.S. dollar for much of 2020. This is somewhat surprising given the depth of its struggles with COVID-19, as well as the ongoing Brexit negotiations that have clearly been pointing to a hard exit.

Once a deal is agreed, a further spring upwards in the pound should be anticipated—the cleaning up of this endless saga will provide relief to investors and general public alike. However, I am doubtful that such strength can be maintained.

After all, the UK’s 2021 COVID bounce back will be dampened by Brexit as barriers to trade increase and investment wanes, and the relative underperformance should see sterling scuttling downwards to more reasonable levels. Continued stimulus from the Bank of England, and even potentially negative interest rate policy, would only add to that downward pressure.

This should actually provide something of a boon for UK equities. Around 75% of FTSE 100 revenues come from abroad and would benefit from the weaker currency, suggesting this may be a good opportunity to take advantage of the UK’s relatively cheap valuations.

From a longer-term perspective, however, I have sincere concerns about the UK. A sudden cliff edge it is not, but Brexit does mean that the UK will likely lose some of its sheen. Being excluded from the world’s largest single market area will see jobs, people, and capital flows trickle away from the UK, in search for destinations which instead embrace globalisation.

On a more positive final note, the four long years of negotiations have given markets and investors a chance to digest the news and prepare. While Brexit will be damaging for the UK and painful for Europe, the event will now be almost irrelevant for global markets.

Unless otherwise noted, the information in this document has been derived from sources believed to be accurate as of November 2020. Information derived from sources other than Principal Global Investors or its affiliates is believed to be reliable; however, we do not independently verify or guarantee its accuracy or validity. This material contains general information only and does not take account of any investor’s investment objectives or financial situation and should not be construed as specific investment advice, recommendation or be relied on in any way as a guarantee, promise, forecast or prediction of future events regarding an investment or the markets in general. The opinions and predictions expressed are subject to change without prior notice. Any reference to a specific investment or security does not constitute a recommendation to buy, sell, or hold such investment or security, nor an indication that Principal Global Investors or its affiliates has recommended a specific security for any client account.