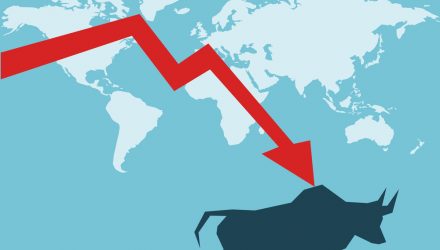 Is the 40-Year Bull Market in Bonds Officially Over?

A 40-year bull run is nothing to scoff at, but all things must come to an end. One Wharton finance professor is officially calling the end of the bond market’s historic bull run.

“History has shown that somewhere this liquidity has to come out, and we’re not going to get a free lunch out of this. I think ultimately, it’s going to be the bondholder that’s going to suffer,” said Wharton finance professor Jeremy Siegel. “That’s certainly not the popular notion right now.”

Additionally, yields are at historical lows and Siegel sees this trend persisting in the future.

“Short rates are going to remain very low. The Fed has virtually promised that for a long time,” said Siegel. “But I see a tremendous buildup of liquidity as a result of the measures taken by both the federal government and the Federal Reserve. It’s far more than we ever saw during the financial crisis.”

With the bond bull market coming to an end, a new streak will begin. In this case, it could be interest rates.

“Forty years of a bull market in bonds. It’s really hard to turn your head around, and say could this be a turning point? But I think history will say yes,” said Siegel. “I see rates rising continuously over the next several years.”

In the meantime, bonds will be severely challenged to produce a yield in this challenging environment.

“They’re [bond holders]are going to be paying for the battle against coronavirus in terms of the diminishment of their purchasing power,” he said

As such, for ETF investors looking for yield, here are a couple of funds that span across various assets via active management: