You are at:Home»Multi-Factor Channel»Here’s An ETF for Bold Energy Investors 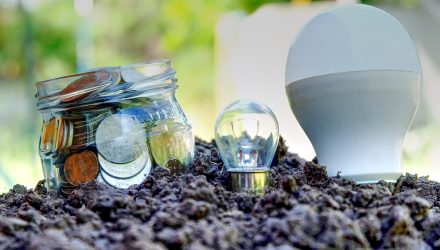 To put things mildly, oil and the energy sector are wild trades this year, but if the economy can regain firm footing, the group could bounce back, meaning the Invesco DWA Energy Momentum Portfolio ETF (PXI) could merit consideration.

“The Index is designed to identify companies that are showing relative strength (momentum) and is composed of at least 30 securities from the NASDAQ US Benchmark Index. Relative strength is the measurement of a security’s performance in a given universe over time as compared to the performance of all other securities in that universe,” according to Invesco.

The energy market continues to tackle a supply-side glut. For instance, a fleet of tankers full of Saudi Arabian oil is moving toward the U.S. Gulf Coast, potentially inundating a market already saturated with oil, the Wall Street Journal reports. The tankers were already loaded back in March and early April when Saudi Arabia shifted to a strategy of increased output during its recent tussle with Russia.

Last month, PXI perked up alongside oil prices and the broader energy patch, a moved that boosted the relative strength of some PXI components in the process.

Domestic equity “has moved back up to the number three ranked asset class, with cash and fixed income still in the number one and two spots, respectively. All that being said, the past week has been fairly quiet in terms of new signals gained or lost on the asset class level, while the activity on the sector level has been dramatic for one sector in particular ― energy,” according to Nasdaq Global Indexes.

Oil bulls appear ready to dig their hooves into the ground and charge following the latest price weakness in the commodity. This all bodes well for oil investors—long-term holders and short-term traders alike. Interestingly, energy recovery is perhaps more impressive than it’s being given credit for.

“The energy sector was at the bottom of the US sector ranking coming into April; however, it has seen notable improvement leading to an ascent to the number two spot. That’s right, number two! Only the technology sector is ranked higher at this time,” notes Nasdaq.