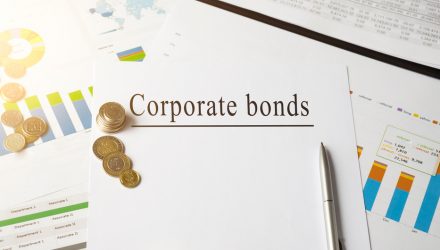 Demographic Trends Are Vital to the Corporate Bond Investment Thesis

With the Federal Reserve buying billions of dollars worth of corporate bond ETFs, products such as the Principal Investment Grade Corporate Active ETF (NYSEArca: IG), are receiving some renewed attention, but there are other reasons to consider the appropriately ticketed IG.

“The Fund strives to outperform its benchmark, the Bloomberg Barclays U.S. Corporate Investment Grade Bond Index, over a full market cycle. The Fund seeks to provide current income and, as a secondary objective, capital appreciation by investing in primarily investment-grade corporate bonds,” according to Principal.

IG is an actively managed fund, a potentially beneficial trait at a time when demographic shifts could disrupt traditional corporate bond investing.

“Even without COVID-19, long-term prospects for U.S. economic growth fell considerably short of what held during the second half of the 20th century,” said Moody’s senior economist John Lonski in a note. “Only if the average annual rate of labor productivity growth far exceeds its 1.2% rise of the 10 years ended 2019 might the average annual rate of U.S. real GDP growth will surpass 2% through 2030. Achieving labor productivity growth of at least 2% on a recurring basis probably requires another wave of technological innovation comparable to the introduction of internet technology during the late 1990s.”

IG tries to provide current income and capital appreciation by investing in investment-grade corporate bonds rated BBB- or higher by S&P Global Ratings or Baa3 or higher by Moody’s Investors Service. The aging U.S. population could affect corporate bonds over the coming decade.

“By contrast, the demographic outlook for the next 10 years differs drastically from what held amid the very rapid U.S . real GDP growth of 1997-2000,” notes Lonski. “For the 10 years ended 2030, demographers projected average annual increases of only 241,000 for the number of Americans aged 20 to 64 years and 1.676million for those older than 64 years.”