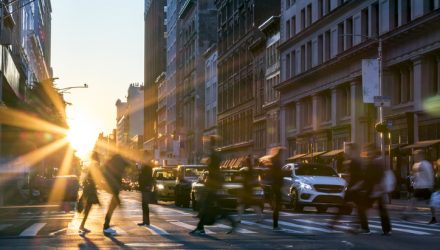 Another Reason To Consider This Infrastructure ETF

With the 2020 election cycle fast approaching, infrastructure spending is a theme receiving renewed attention and that could be a catalyst for ETFs, such as the FlexShares STOXX Global Broad Infrastructure Index Fund (NYSEArca: NFRA).

In its own right, NFRA has been receiving renewed attention from investors in recent weeks. NFRA tries to reflect the performance of the STOXX Global Broad Infrastructure Index, which identifies equities that derive the majority of revenue from infrastructure business, providing exposure to not only infrastructure sectors, but non-traditional ones as well.

While infrastructure spending is determined by politicians, making it a political issue, it is one of the rare bipartisan items lawmakers consider.

“As we move forward in the 21st century, it is imperative that our infrastructure keep pace with the people and nation it supports,” said Rep. Steve Womack, R-Ark. at a recent congressional hearing. “Thankfully, infrastructure has historically been a priority for both parties. The bipartisan spirit has served our country well — and it will be important as we work to rebuild the system.”

“Since 2010, China has spent roughly 8% of its GDP on infrastructure. European countries, on average, dedicate roughly 5% of their GDP to infrastructure. In the U.S., the figure is roughly 2.4%,” according to Arkansas Online.