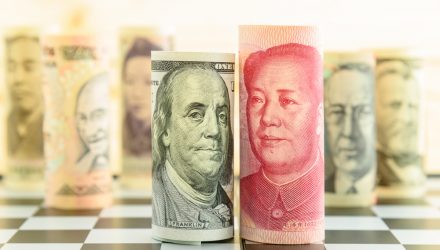 With Trouble Brewing in China, Consider This Emerging Markets ETF

Geopolitical tensions between the U.S. and China are again running high as the latter looks to exert more control over Hong Kong, perhaps ending the Special Administrative Region’s autonomy.

FRDM, which debuted in May 2019, seeks to track the total return performance of the Life plus Liberty Freedom 100 Emerging Markets Index, a freedom-weighted diversified emerging markets equity strategy. The strategy uses human and economic freedom metrics as primary factors in the investment selection process.

“Amid ongoing trade tensions with the U.S., China took steps this month to impose national security laws on Hong Kong, raising concerns about the global commercial and banking hub’s autonomy,” reports Leslie Norton for Barron’s. “The U.S. administration said Hong Kong may no longer be considered autonomous enough to qualify for special economic treatment from the U.S.”

Additionally, FRDM is significantly underweight China relative to traditional emerging markets strategies due in part to that country’s spotty record on human rights. By excluding China, among other developing economies, the fund steers investors clear of some companies with dubious business practices.

“Hong Kong is critical to raising capital to China at a time that Nasdaq is pushing forward with proposals to delist companies that don’t comply with U.S. accounting oversight rules following an accounting scandal at U.S.-listed Chinese firm Luckin Coffee (LK). At the same time, the White House has directed the federal pension fund to halt plans to invest in Chinese companies,” according to Barron’s.

FRDM reweights emerging markets based on their freedom scores. It skips out on China entirely. FRDM has more of a European focus. FRDM still provides some broad exposure, with areas such as Taiwan and South Korea still in reach. There are also areas like Chile and Latin America, along with countries like Poland, among others as well.

For now, China may score well in the “E” – environment – in ESG investing, but it’s got a spotty record when it comes to social rights and governance issues, making FRDM an appealing way to reduce risk in emerging markets.