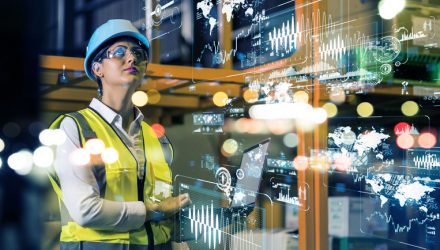 With Infrastructure Gaining Some Political Momentum, Consider This ETF

It often takes a while, but with the 2020 election year right around the corner, politicians from both parties are warming to infrastructure as a way of wooing voters and that could be a theme that benefits ETFs, such as the FlexShares STOXX Global Broad Infrastructure Index Fund (NYSEArca: NFRA).

“A coalition of nearly 40 prominent infrastructure stakeholders has urged the powerful Republican leader of the U.S. Senate to set up consideration for a comprehensive highway bill this year,” reports Transport Topics. “In their letter to Sen. Mitch McConnell (R-Ky.), the coalition emphasized that an inability to pass a new bill is likely to pave the way for the approval of short-term policy extensions, a scenario they want to avoid.”

One of the advantages in infrastructure is that regardless of what the global economy is doing, it’s a necessity. Furthermore, it’s less prone to the cyclical movements of the economy, which makes it a viable alternative as a defensive play, adding to the allure of NFRA.

The next step is seeing if Congress can put aside partisan differences to execute a large-scale infrastructure plan ahead of the 2020 elections.