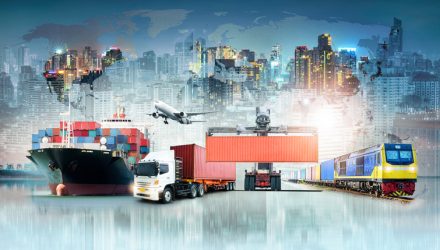 Why This FlexShares ETF is an Infrastructure Winner

As bond yields get drubbed and more central banks outside the U.S. lower interest rates, yield-hungry investors need to evaluate asset classes beyond traditional bonds. Infrastructure investments, including ETFs such as the FlexShares STOXX Global Broad Infrastructure Index Fund (NYSEArca: NFRA), can help quench some of the investors’ yield thirst.

On Wednesday, 10-year Treasury yields touched 1.63%. While that number has bounced back a bit, NFRA’s trailing 12-month yield of 2.60% still looks attractive relative to a broad swath of U.S. bonds and a slew of other developed market sovereign debt.

U.S. infrastructure offers plenty of potential for investors but has also been a vexing concept because it has been generations since Uncle Sam last passed a substantial infrastructure spending package. Investors can get defensive with infrastructure by using ETFs, such as NFRA.

NFRA may offer more growth potential than many traditional infrastructure ETFs. The $1.26 billion fund allocates almost a third of its weight to the communication services sector, and 26.50% of its holdings are classified as growth stocks.

Still, the FlexShares is appropriate for conservative investors. In addition to its decent yield, NFRA devotes over 45% of its weight to value stocks and provides some buffer against global trade tensions via a 7.50% weight to utilities stocks. Year-to-date, NFRA is beating the S&P Global Infrastructure Index by 60 basis points.

Related: An ETF to Capture the Growing Global Demand for Infrastructure

Investors are displaying enthusiasm for NFRA this year. Year-to-date, the FlexShares fund has seen inflows of nearly $400 million.