You are at:Home»Multi-Asset Channel»Which FlexShares ETFs Took in the Most Assets in January? 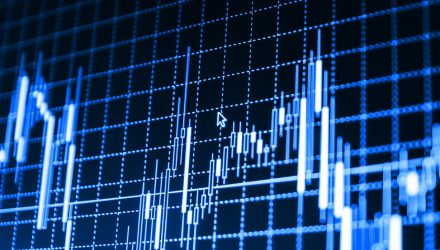 Which FlexShares ETFs Took in the Most Assets in January?

The top five ETFs in FlexShares’ line-up that raked in the most new funds in January are largely funds that offer high dividend yields, demonstrating investors’ desire for income amid a period of low-but-rising interest rates.

Rounding out the top five are the FlexShares Morningstar Developed Markets ex-US Factor Tilt Index Fund (TLTD) and the FlexShares Quality Dividend Index Fund (QDF), which each garnered $15 million and $12 million, respectively, in one-month flows, according to ETF Database.

Interestingly, only two of the funds that took in the most inflows in January are included in the firm’s top five ETFs by AUM — QDF and TDTT, which have $1.7 billion and $1.5 billion, respectively.

The largest fund by AUM in the FlexShares line-up, the FlexShares Morningstar Global Upstream Natural Resources Index Fund (GUNR), which has $6.8 billion in AUM, notably saw the greatest outflows among the firm’s ETF offerings.

However, those outflows were likely investors looking to cash out their steady returns while the rest of the market faltered. GUNR returned 7.12% in January and saw returns of 31.19% over a one-year period, according to ETF Database. For reference, although it’s a bit like comparing apples to oranges, the S&P 500 closed out January down 5.3%.