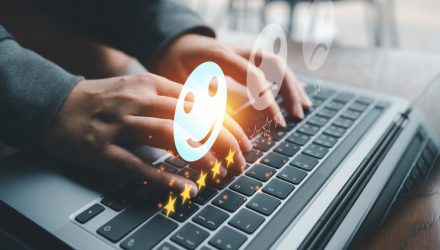 Which FlexShares ETFs Were the Most Popular in April?

The broader markets were battered as large-cap growth stocks fell double-digit percentages, the worst April on record since 2000, while large-cap value “outperformed,” falling only 5.6%.

The three ETFs in FlexShares’ line-up that raked in the most new assets in April are funds well-positioned for high inflationary periods, as the mid-month CPI reading showed that inflation continued to accelerate in March, reaching a new multi-decade high.

The FlexShares Morningstar Global Upstream Natural Resources Index Fund (GUNR) moved into the top spot after taking in $280 million in net inflows in April; the fund took second place in March when it took in $229 million in inflows, according to ETF Database.

GUNR, with $8.2 billion in assets under management, has taken in over half a billion — $598 million — in net inflows year-to-date as investors look to hedge inflation with real assets exposure.

GUNR is one of the more unique products in the Commodity Producers Equities ETF Database category; the fund focuses on the “upstream” portion of the natural resources supply chain, maintaining meaningful exposure to the water and timber industries along with positions in companies engaged in energy production, metals extraction, and agriculture, according to ETF Database.

GUNR is tilted heavily towards mega-cap stocks, including big oil and major mining firms. GUNR can help investors gain “indirect” exposure to commodity prices. According to ETF Database, because the profitability of the component stocks tends to move in unison with the spot prices of the underlying resources, this fund should perform well when natural resource prices are on the rise.

The FlexShares iBoxx 3 Year Target Duration TIPS Index Fund (TDTT) dropped to second place, taking in $132 million in April inflows. The fund took top spot in March when it saw $455 million in net inflows for the month, according to ETF Database.

The $2.2 billion fund has seen $699 million in year-to-date inflows, according to ETF Database.

TDTT offers exposure to short-term TIPS, which are bonds issued by the U.S. government that feature a principal that adjusts based on certain measures of inflation.

TDTT is often used for protecting portfolios against anticipated upticks in inflationary pressures, given that it features securities that are relatively close to maturity and that exhibit minimal credit risk; it serves as a “risk-off” tool for those anticipating chaos in the markets, according to ETF Database.

The fund has seen $236 million in net inflows year-to-date and has $658 million in total assets under management, according to ETF Database.

RAVI is one of several short-term debt funds marketed to investors who want to preserve capital while wringing out a bit more income than they can get from Treasuries. The Northern Trust portfolio team behind RAVI looks for short-term investment-grade debt, including public and private securities from U.S. and non-U.S. issuers.