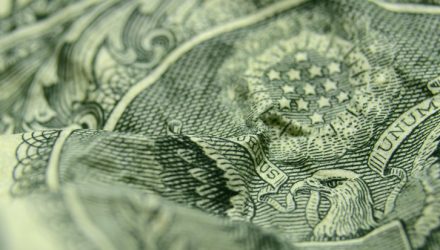 What Investors Get With Short-Term Treasury ETFs

Some observers have warned that government bond yields could jump if foreigners dumped U.S. debt holdings, which would, in turn, push up costs of other debt throughout the economy, like mortgages and business loans, hampering U.S. growth. However, that scenario appears to be off the table amid trillions of dollars off negative-yielding debt throughout the developed world.

“Over the 15 years through August 2019, the Bloomberg Barclays U.S. Treasury 1-3 Year Index, which includes original term U.S. Treasury bonds with between one and three years until maturity, generated the fewest number of negative monthly returns and had the shallowest drawdowns,” said Morningstar in a recent note. “Over this same stretch, the index’s standard deviation was nearly 2 percentage points lower than the aggregate bond index and over 10 percentage points less than the S&P 500.”

SCHO seeks to track as closely as possible the total return of the Bloomberg Barclays US Treasury 1-3 Year Index. The fund will invest at least 90% of its net assets (including, for this purpose, any borrowings for investment purposes) in securities included in the index.

The index includes all publicly-issued U.S. Treasury securities that have a remaining maturity of greater than or equal to one year and less than three years, are rated investment grade, and have $300 million or more of outstanding face value. The securities in the index must be denominated in U.S. dollars and must be fixed-rate and non-convertible.

Related: A Short-Term Treasury ETF That’s Worth a Look

“Like most of Morningstar’s top-ranked fixed-income exchange-traded funds, the highest-rated short-term Treasury ETFs are market-value-weighted,” according to the research firm. “Market-value weighting a short-term Treasury portfolio reflects the market’s intuition about the value of each issue and tilts it toward the largest issues in the market, which tend to be easy to obtain and cheap to trade.”