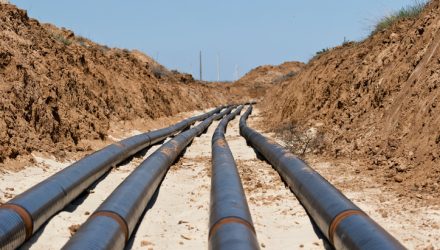 “Production limits have supported WCS prices this year, but additional pipeline takeaway capacity is the best long-term solution for improving crude prices in Western Canada,” according to Alerian. “Capacity additions have been challenging to say the least due to regulatory hurdles on both sides of the border. In addition to midstream companies working to add capacity, the US and Canadian governments as well as the provincial government in Alberta, have intervened.”

Canada is home to the world’s third-largest oil reserves, meaning it is potentially fertile for expansion by some of the companies featured on ENFR’s roster.

“Citing inefficient regulation and uncertainty surrounding additional transportation capacity, the Canadian Association of Petroleum Producers (CAPP) is forecasting annual oil production growth of 1.4% through 2035. While directionally positive, growth expectations have been tempered in recent years. CAPP had forecasted 4% average annual growth through 2030 back in 2014,” according to Alerian.