You are at:Home»Multi-Asset Channel»The Solar ETF Could Just be Heating Up 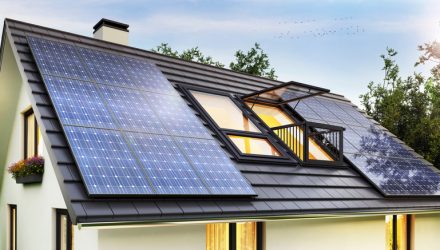 The Solar ETF Could Just be Heating Up

Along with several other alternative energy ETFs, the Invesco Solar ETF (NYSEArca: TAN) was among last year’s best-performing ETFs and the solar fund can keep the good times going in 2020 thanks to an array of favorable fundamental factors.

“According to the U.S. Energy Information Administration’s (EIA) latest inventory of electric generators, EIA expects 42 gigawatts (GW) of new capacity additions to start commercial operation in 2020. Solar and wind represent almost 32 GW, or 76%, of these additions,” said EIA in a recent note. “Wind accounts for the largest share of these additions at 44%, followed by solar and natural gas at 32% and 22%, respectively. The remaining 2% comes from hydroelectric generators and battery storage.”

Not only is clean energy consumption increasing, but costs are also decreasing, which in turn bolsters adoption. Additionally, coal production is slumping, adding to the virtuous cycle for alternative energy ETFs.

“Falling costs for renewables is driving up installations and will also boost the energy-storage business this year, according to Logan Goldie-Scot at BNEF in San Francisco. More than $5 billion of renewables-plus-storage deals will be announced this year, the researcher said,” reports Bloomberg.

When it comes to TAN, there’s more potentially good news.

“EIA expects 13.5 GW of solar capacity to come online in 2020, surpassing the previous annual record addition of 8 GW in 2016,” said the agency. “More than half of the utility-scale electric power sector solar photovoltaic (PV) capacity additions will be in four states: Texas (22%), California (15%), Florida (11%), and South Carolina (10%). The residential and commercial sectors will also experience record growth as a result of new distributed PV or rooftop systems. According to its Short-Term Energy Outlook, EIA expects an additional 5.1 GW of small-scale solar PV capacity to enter service by the end of 2020.”