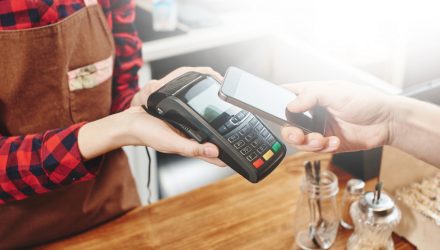 Some Indecision Out There on a Retail ETF

The SPDR S&P Retail ETF (XRT) has taken its lumps due to the emergence of e-commerce and the once bellwether retail ETF is scuffling this year, down 2.33%, prompting some indecision among options traders.

Some retailers, though, blamed a shortened holiday-selling period for their weakness – there were six fewer days between Thanksgiving and Christmas in 2019 compared with 2018 since Thanksgiving came especially late in 2019.

Target (NYSE: TGT) was the latest to fall victim to the weak quarter after showing lackluster results in its latest quarterly update, shocking many who anticipated a strong holiday season. TGT shares plunged 6.9% on Wednesday.

The retailer said same-store sales over November and December were up just 1.4%, compared to growth of 5.7% a year earlier, CNBC reports.

“From a strictly anecdotal perspective, an assumption may have been made that the setup for the retail sector broadly speaking was bearish,” according to Schaeffer’s Investment Research. “Those who stay current on financial news have to be familiar with the constant headlines surrounding a ‘retail apocalypse’ and a staggering number of store closings in 2019. What’s more, we’ve also been greeted with plenty of “disappointing” holiday sales figures from major retail names, including Target (TGT) and L Brands (LB), likely giving many a ‘bad feeling’ about the state of the retail sector heading further into 2020. (Of course, more astute followers will remember that December retail sales as a whole turned out to be rather strong).”

It wasn’t just Target that had a poor season, Macy’s, J.C. Penney and Kohl’s have also reported same-store sales declines over the holidays.