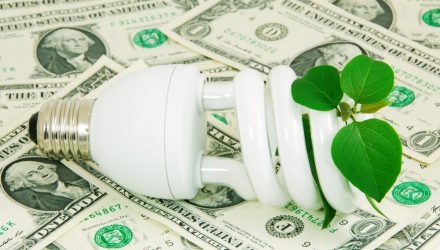 There are at least two big themes proving pervasive in the energy sector this year: tumbling oil prices and how energy producers are responding to that scenario. Improving upon lower oil prices is likely to be a longer-ranging process, but reduced capital expenditures could bring near-term benefits to ETFs, such as the FlexShares Morningstar Global Upstream Natural Resource Index Fund (NYSEArca: GUNR).

GUNR provides exposure to the rising demand for natural resources and tracks global companies in the energy, metals and agriculture sectors while maintaining a core exposure to the timberlands and water resources sectors, which is a part of the risk management theme.

“As of April 7, 12 of the world’s largest public oil and gas companies by market value have announced specific cuts to their 2020 capital spending programs, totaling approximately $43.6 billion, as global crude prices have tumbled below $30 per barrel,” reports S&P Global Market Intelligence.

Natural resources cover energy, metals, agriculture, timber, and water. They provide exposure to the basic economic building blocks, capitalize on supply and demand dynamics, and benefit from short- and long-term inflation drivers. Global populations and living standards are increasing, driving up the collective demand for goods. Additionally, we see that there is a widespread need for global infrastructure development and repair, which require natural resource consumption.

Importantly, some GUNR components are reducing exploration and production budgets against the low oil price backdrop, defending their dividends in the process.

“Exxon Mobil Corp. announced April 7 that it will cut its capital budget for 2020 by 30%, or $10 billion, in response to low energy prices caused by collapsing demand. Exxon said it would also cut its cash operating expenses by 15%,” according to S&P Global Market Intelligence. “Exxon’s new capital investment budget for the year is now about $23 billion, a decrease from the $33 billion previously announced, with most of the spending cuts to take place in the U.S. Permian Basin.”

“California-based Chevron Corp. said March 24 it would cut capital expenditures for 2020 by $4 billion, or about 20%, to $16 billion and aims to reduce cash capital and exploratory expenditures by $3.3 billion, to $10.5 billion. The U.S. supermajor also said it will halt its $5 billion share buyback program and will slice run-rate operating costs by more than $1 billion by the end of the year,” according to S&P Global Market Intelligence.