You are at:Home»Multi-Asset Channel»Position Your Portfolio for a Biden Win with Value ETFs 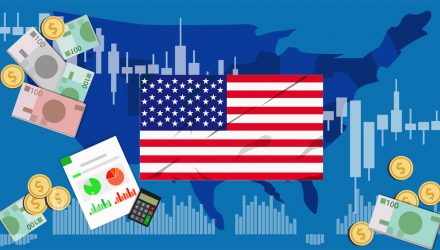 Position Your Portfolio for a Biden Win with Value ETFs

There’s been significant chatter about cyclical stocks making a comeback if Democratic nominee Joe Biden claims the presidency on Tuesday, a scenario that could bode well for the value factor. Investors can play that theme with the FlexShares Morningstar U.S. Market Factor Tilt Index Fund (NYSEArca: TILT).

TILT is a compelling way for investors to revisit value stocks because it’s not just a dedicated value ETF. Rather, the FlexShares fund allocates just over 40% of its weight to value stocks.

“A growing cohort of Wall Street strategists are betting on a revival of value stocks as a potentially new administration could create conditions favoring bargain-priced stocks whose success hinges on a broad economic turnaround,” reports Yun Li for CNBC. “At the core of the value call is the possibility of a massive fiscal spending package under a Biden presidency, which could boost economically sensitive stocks from banks to commodity producers and to industrial shares.”

Can 2021 Bring a Value Resurgence?

Data confirm TILT could be a better way for investors to revisit value stocks. Over the past three years, the FlexShares ETF is beating the S&P 500 Value Index by more than 1,100 basis points.

“Value stocks have had a tough decade as their growth counterparts took advantage of the ultra-low interest rates and led the stock-market expansion,” according to CNBC. “The Russell 1000 Value index has underperformed the Russell 1000 Growth in eight of the last 10 years and there has only been one quarter in the entire decade where value outpaced growth by at least 5%.”

The bet on Biden value resurgence isn’t a risk-free bet, underscoring the utility of TILT not being a dedicated a value ETF.

Growth stocks can be seen as exorbitant and overvalued, causing some investors to favor value stocks, considered undervalued by the market. Value stocks tend to trade at a lower price relative to their fundamentals (including dividends, earnings, and sales). While they generally have solid fundamentals, value stocks may have lost popularity in the market and are considered bargain priced compared with their competitors.

TILT allocates more than a quarter of its weight to growth stocks, augmenting some of the laggard status of the value factor.

“To be sure, there is risk to this strategy. A Biden victory is far from certain and Republicans keeping the Senate could mean the final stimulus package is much smaller than the market currently anticipates,” reports CNBC. “Plus rising coronavirus cases could slow down the economy to end the year regardless of who wins, hurting value stocks more than growth once again.”