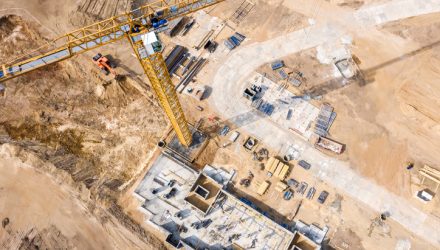 New Plan Puts This Infrastructure ETF in the Spotlight

It’s another election year and, as expected, the issue of infrastructure is already being discussed. That could be to the benefit of ETFs, such as the FlexShares STOXX Global Broad Infrastructure Index Fund (NYSEArca: NFRA).

“House Democratic leaders unveiled the outlines for a $760 billion, five-year infrastructure package on Wednesday — a proposal that includes an ambitious climate agenda but not, so far, many specifics about how to find the money,” reports Politico.

Moreover, the state-level opportunity set for NFRA could be long-ranging and last several years, if not longer, particularly as larger states enter the infrastructure spending fray. Additionally, big dollars are required for infrastructure projects.

“In raw dollars spent, the Democrats’ package rivals the $1.5 trillion, 10-year infrastructure plan that President Donald Trump put out with great fanfare two years ago. But Trump’s would have relied mainly on state, local and private dollars — a controversial element even among many Republicans — and focused heavily on reducing the amount of time it takes to approve permits for projects,” according to Politico.

“Paying for any massive infrastructure initiative is always a tricky issue, especially considering that the simplest option — a hike to the gasoline tax, which hasn’t been raised since 1993 — has been a political non-starter for most lawmakers in both parties,” notes Politico. “But it’s already clear what won’t work, House Transportation Chairman Peter DeFazio said — simply continuing the seven-decadelong tradition of viewing infrastructure mainly as the construction of highways, paid for with an eroding tax on gasoline.”