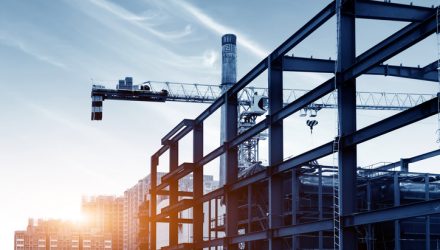 The FlexShares STOXX Global Broad Infrastructure Index Fund (NYSEArca: NFRA) and other infrastructure ETFs could be in focus over the next several days because the White House releases its latest budget today, one that’s likely to include clues about President Trump’s infrastructure efforts.

“The budget proposal President Trump will release Monday is expected to lay bare how much he has adjusted to the political and practical limits of Washington, with some of his biggest campaign promises from 2016 cast aside and replaced with more limited policy ambitions,” reports The Washington Post.

Scaling Back Not Necessarily Bad

Moreover, the state-level opportunity set for NFRA could be long-ranging and last several years, if not longer, particularly as larger states enter the infrastructure spending fray.

“On immigration, health care, infrastructure and the deficit, the final budget pitch of Trump’s first term will look much different from the campaign platform he offered four years ago,” according to the Post.

The U.S. Department of Transportation is already showing that infrastructure is going to be a major priority in 2020.

NFRA is higher by 17% over the past year.