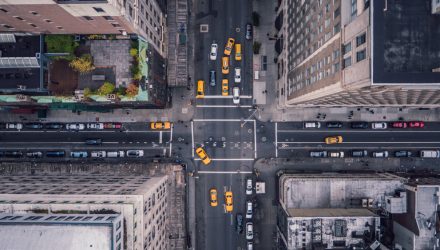 Minding the Middle in Search of Rebound Plays

MDY, which tracks the S&P MidCap 400 Index and is one of the largest exchange traded funds in this category, is higher by 26% over the past 90 days, confirming mid caps have plenty to offer as recovery plays.

“Our analysis found something surprising: during periods of systemic risk since the mid-1990s, contrary to conventional wisdom, large caps did not fall the least as the market declined, and small caps did not lead the recoveries. Instead, mid caps fared the best during both phases,” said Matthew Bartolini, head of research for SPDR Americas, in a recent report.

During the Asian financial crisis in the late 1990s, the 2000 tech bubble bursting and the global financial crisis, “mid-cap stocks experienced smaller drawdowns than either large- or small-cap stocks and also took less time to recover,” notes Bartolini. “These findings run contrary to two common beliefs: that shares of the largest firms hold up the best in a downturn, due to their greater resources and more-mature business models; and that shares of more domestically oriented, nimble, “risk-on” small caps are the fastest to recover after the market turns up.”

“In short, mid-sized firms may occupy a sweet spot, pairing much of the operational dexterity of small caps with much of the business maturity associated with large caps,” writes Bartolini. “Characteristics such as these might explain how mid-cap stocks managed to outperform shares of both larger and smaller firms during the last three systemic crises.”