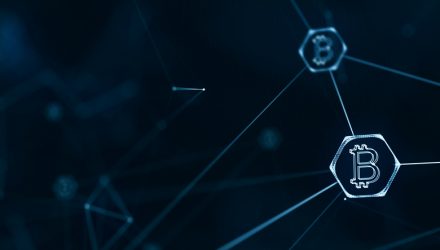 Bitcoin, the largest digital currency, could get a boost when CME launches options on digital assets, according to JPMorgan. Whether or not another derivative linked to bitcoin facilitates the debut of an ETF backed by the asset is another story.

One of the main issues with releasing a Bitcoin ETF is the regulatory issues surrounding it. Regulators are spooked by the potential for criminal activity as cryptos become a potentially more potent force in the currency world.

“Institutional interest in Bitcoin-related contracts appears to be building and market measures indicate high anticipation of the launch of CME Group Inc. options on Jan. 13, according to JPMorgan Chase & Co.,” reports Bloomberg.

The CME options contract is based on the liquid Bitcoin futures (BTC) contract, which has continued to see growing adoption and customer interest since its December 2017 launch.

According to a noted crypto-market analyst, Bitcoin, which generally leads the way for other cryptocurrencies, could make move higher into year-end if it can stay above some key technical levels this week, which is good news for futures traders and soon-to-be options traders of the crypto.

“Introduction of new Bitcoin contracts has a mixed track record. At times it has appeared to be a drag on the price, such as when ICE debuted its new futures contract in September,” according to Bloomberg. “And the price peak around $19,000 in December 2017 occurred just as CME and Cboe Global Markets Inc. launched futures on the world’s largest cryptocurrency.”

For the new options contract, 1 Bitcoin Futures contract (which represents 5 bitcoin), is set to trade on CME Globex and CME ClearPort from 5 pm to 4 pm CT Sunday-Friday, and will offer BTC traders the potential to save on margins, through margin offsets.

“Separately, Bitcoin’s intrinsic value has been rising, but remains below the market price following a significant divergence in the middle of last year, the report said. JPMorgan calculates intrinsic value by treating Bitcoin as a commodity and looking at the marginal cost of production including computational power employed and cost of electricity,” according to Bloomberg.