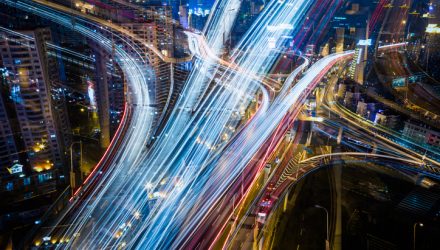 As an asset class, infrastructure investments aren’t necessarily considered flashy or glamorous, but the theme is important as governments around the world mull increased spending to shore up airports, bridges, highways and other arteries of commerce and transportation.

“America’s infrastructure is in dire need of significant investment — the American Society of Civil Engineers has infamously given the United States a cumulative D+ on its Infrastructure Report Card, with a D+ for energy infrastructure in particular,” reports Kathryn Firth for Next City. “Our electrical grid alone is estimated to need $2 trillion in investments over the next 30 years.”

“Infrastructure should be conceived as a community asset, both providing equitable new public space and contributing to the beauty of cities, at a time where pressure on urban land is at a premium and civic pride often waning,” notes New City.

Additionally, NFRA reflects global opportunities in the infrastructure arena, which is important because some developing are often swifter in deploying infrastructure capital than are developed markets.