You are at:Home»Multi-Asset Channel»Jim Cramer: Markets Will Need More Than a Fed Rate Cut 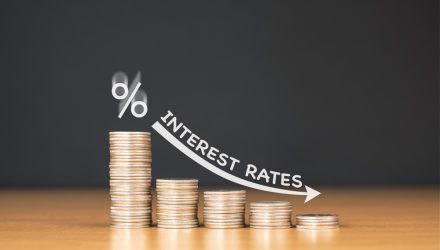 The major U.S. indexes surged in Monday’s trading session after sustaining its worst week since the financial crisis, but in order to keep the markets propped up, it will take more than rate cuts from the Federal Reserve, according to CNBC’s “Mad Money” host Jim Cramer.

Global markets around the world were feeling the pangs of last week’s drop from recent highs amid the coronavirus outbreak.

“Unless the Fed can create a vaccine or beat the virus, then it really doesn’t matter,” Cramer said on an episode of “Squawk on the Street.”

Wall Street mavens were pointing towards a rate cut by the Federal Reserve ahead of their eventual cut during Tuesday’s trading session. Per a CNBC report, “Goldman Sachs thinks the Fed will likely announce a 0.5% rate cut at, or even before, its March 17-18 meeting. Goldman then sees the central bank cutting another 0.5% later this year. The current fed funds rate range is pegged between 1.5% and 1.75%.”

Federal Reserve Chairman Jerome Powell issued a statement on Friday to help quell the markets, saying that the central bank is well aware of the impact of the coronavirus and will use the tools at its disposal to react to any negative ramifications the virus poses on the economy. This certainly means a rate cut if necessary.

“Chair Powell’s statement on Friday suggests to us that global central bankers are intensely focused on the downside risks from the virus,” Jan Hatzius, Goldman’s chief economist wrote. “We suspect that they view the impact of a coordinated move on confidence as greater than the sum of the impacts of each individual move.”

“We agree with this point,” Hatzius added further, “but think that central bankers will still want to do their part to support the economy, especially at a time when few of them worry about inflation rising too much. This implies that if the news on the virus and the economy remains negative in the near term, central banks may well react aggressively even if the impact on economic growth is limited.”

A rate cut, of course, won’t bode well for Treasury yields but could fuel the iShares 20+ Year Treasury Bond ETF (NasdaqGS: TLT). TLT seeks to track the investment results of the ICE U.S. Treasury 20+ Year Bond Index, which measures the performance of public obligations of the U.S. Treasury that have a remaining maturity greater than or equal to twenty years.

Advantages of adding TLT to your portfolio: