You are at:Home»Multi-Asset Channel»It’s Already Apparent These Inflation-Fighting ETFs Will Be Useful in 2021 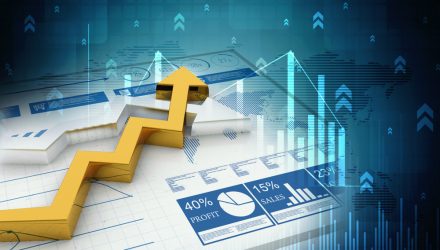 The new year is still in its infancy, but it’s already becoming clear investors should consider positioning for higher inflation in 2021.

Investors will typically look at TIPS ahead of an inflationary period since buying TIPS after inflation has gone up means that the security has already priced in the inflation and investors would likely be overpaying for the TIPS exposure.

“Yet while breakevens and swaps are clearly telegraphing much higher inflation down the line – in what would be a major hit to the Fed’s credibility which has repeatedly said it won’t hike rates until 2022 or 2023 – why do nominal years remain as low as they are? Well, the reason why the 10Y nominal yield is trading at 0.96%, which while close to the highest levels since March is far below where it was a year ago, is because real rates remain at generational lows which in turn is a function of the Fed gobbling up TIPS in the generally illiquid TIPS market,” according to Zero Hedge.

Treasury Inflation-Protected Securities (TIPS) are popular among fixed-income investors looking to protect against the scourge of inflation and ETFs make it easier to access TIPS.

By many accounts, official inflation remains muted, but that ignores an array of price increases across everyday categories. It also ignores other ample signs of rising inflation, putting a spotlight on exchange traded funds such as TDTT.

Investors now argue that the Federal Reserve’s rate cuts this year have bolstered the outlook on inflation, with some even contending that inflation may rise fast enough to force the Fed to hike rates.

“Additionally, markets are unlikely to push nominal yields much higher as there is always a risk the Fed would implement yield-curve control should 10Y yield spike higher, leading to a major selloff episode like the one Morgan Stanley’s Michael Wilson warned about yesterday. But if nominal Treasury yields no reflects future inflation – but merely Fed monetary stimulus intentions – and the bond market no longer discounts the future, what are traders to use instead to make bets on reflation,” reports Zero Hedge.