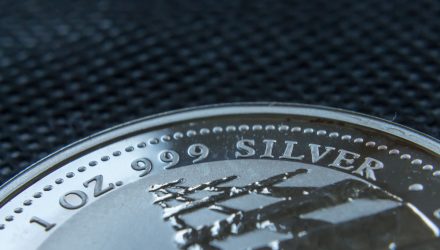 Finding value nowadays isn’t only about poring over various equities looking for that diamond in the rough. Investors can look to commodities like silver where analysts are making the case that the precious metal is at historical lows–primed for a value-tilted play.

“Silver is still near all-time lows in many ways,” wrote Hubert Moolman in a Kitco News article. “One of the most significant measures wherein silver is at an all-time low is its price relative to the amount of US dollars (US monetary base) in existence.”

“There are way more US dollars in existence today than at any point in history, but yet the silver price is not reflecting that reality,” Moolman wrote. “Another measure wherein silver is at an all-time low is of course debt, and this I explained here. The point is that silver is still really cheap. It can only be expensive if it comes into its own as a monetary asset. No industrial demand or other demand as a commodity (especially given the outlook of the world economy) will cause silver to be expensive or in a bubble.

Moolman also made light of how historical prices of silver performed in years past.

This is another illustration of how the silver price is currently relatively low,” Moolman said. “On the chart, the first phase of the silver bull market was from 1993 to the end of 2001, and the second phase is from 2001 to 2020 and beyond.”

In particular, Moolman looked at these two points in time to draw some conclusions on recurring patterns.

I”t appears that there is a similarity between the two phases. I have drawn some lines, and marked some patterns to show how they could be similar,” Moolman added. “The first phase is marked 1 to 3, in black, and the second 1 to 3, in blue. Both of the phases appear to occur within in a broadening channel, from which they both broke down, after point 2.”

ETF investors looking to get in on the silver action can look to funds like the iShares Silver Trust (SLV) and the Aberdeen Standard Physical Silver Shares ETF (SIVR), two of the largest ETFs backed by holdings of physical silver. For those looking for leverage, they can look to ETFs like the VelocityShares 3x Long Silver ETN Linked to the S&P GSCI Silver Index ER (NasdaqGM: USLV)  and the ProShares Ultra Silver (NYSEArca: AGQ).