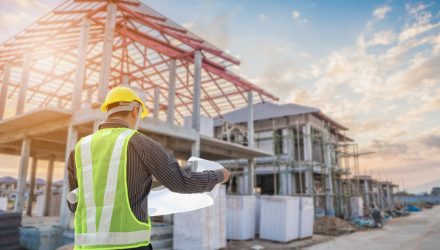 Infrastructure Investing Theme Will be in Political Spotlight Soon

With a presidential election year right around the corner, the FlexShares STOXX Global Broad Infrastructure Index Fund (NYSEArca: NFRA) and rival infrastructure exchange traded funds will soon face political tests and some of those tests could arrive sooner than others.

So, the fundamental story is there for NFRA. It’s got the right stocks in it. Plus, the story is not going to stop anytime soon. The countries won’t pull back, and not allocate money that’s already been pre-allocated for infrastructure.

“Discussion of infrastructure largely has been absent from the presidential debates. The sixth and final debate is scheduled for Dec. 19 at UCLA,” according to Transport Topics. “The nation earned a D+ on ASCE’s infrastructure report card, issued in 2017. The group estimates that America faces a $2 trillion funding gap for infrastructure needs. ASCE has determined that, from 2016 to 2025, each household will lose $3,400 each year in disposable income due to infrastructure deficiencies.”