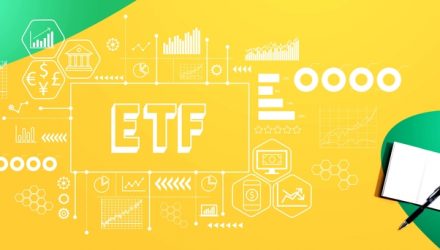 Quality and low volatility are two popular strategies in the current market environment, and while advisors and investors generally would need to allocate to one strategy or the other, QLV combines the two fairly successfully, Lydon explained.

The majority of the equity portion of portfolios are typically highly correlated to the S&P 500, a strategy that has worked fairly well over the last decade. In an environment of high inflation that has challenged the growth stocks such as the FAANGs, and companies like Microsoft and Tesla, those allocations have become increasingly more volatile as the companies underperform.

“If you’re an investor and you’re a little concerned about equity markets, you’re concerned about the volatility — however, you want to stay invested, here’s an opportunity to stay in less volatile stocks with higher quality,” Lydon explained.

Quality in the case of QLV means price-to-earnings ratios, cash on hand, and earnings that are generally higher than the mega growth stocks that have been heavily impacted in the last six months. Because of the underperformance of many of these large companies, it presents advisors and investors with an opportunity to potentially tax-loss harvest the exposures that have lost money and redeploy to a fund like QLV.

Reducing Volatility in a Time of Uncertainty

As the Federal Reserve continues to hike interest rates, it creates a level of uncertainty for investors that is seen in the volatility of the markets over the last several months, and one that is expected to continue going into the end of the year.

“It’s going to be really interesting when we see what the Fed does (in September), and many right now are expecting a 75 basis point hike,” discussed Lydon. “We’re also expecting another hike in November and then at that point the question will be ‘Is inflation under control? Are we going to see a recession?’”

Investing in QLV isn’t a trend following play (the fund is currently below it’s 200 day moving average) but instead an opportunity to introduce less volatility to a portfolio and the diversification it can provide as well as catch an uptrend when one begins instead of trying to time it, something many investors are not very good at.

“A little bit shifted over into this type of strategy will create less volatility, more quality in the portfolio, and might help you sleep at night a little better,” Lydon said.