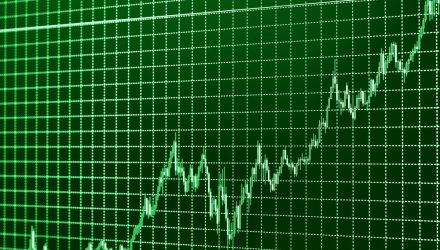 As climate change continues to be a top-of-mind subject in the United States, the demand for renewable energy is outpacing the infrastructure needed to facilitate its implementation.

A recent Deloitte report shows that delaying a move to a net-zero transition would cost the U.S. economy $14.5 trillion over a span of the next 50 years. It provides even more evidence that addressing climate change through renewable energy initiatives is a must.

“Well, the fact is the politics are moving faster than the infrastructure for renewable energy,” Eurasia Group president Ian Bremmer told Yahoo Finance Live. “And that means prices are higher. And that means some backsliding as you need transition energy to continue to run your global economy.”

The report painted two scenarios, one with the U.S taking significant action on climate change, and one where it doesn’t. Based on the former, the U.S. economy could grow by 2.5% in GDP and by $3 trillion over the next 50 years.

“Unchecked climate change, or insufficient action, that action in scenario A, is a costly choice for the U.S.,” said Deloitte deputy CEO Alicia Rose on Yahoo Finance Live. “And our analysis shows that a rapid transition to net-zero could truly drive a new Industrial Revolution and jump-start growth in the U.S. economy in the long term.”

A Climate Change ETF With a U.S. Focus

Big tech has been one of the sectors that have been spearheading not only climate control, but ESG in general. As such, investors will see big tech household names like Apple, Microsoft, Amazon, and Google’s parent company Alphabet when they look at the fund’s top holdings as of February 17.