You are at:Home»Multi-Asset Channel»Can Bulls Push the Dollar Past This Key Level? 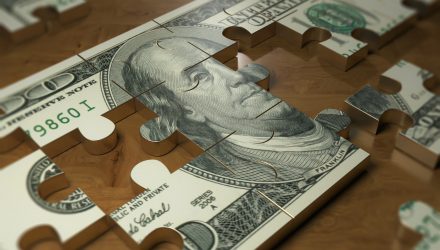 Can Bulls Push the Dollar Past This Key Level?

The start of the new year saw a move to safe haven assets following a U.S. airstrike that killed a top Iranian general, which pumped the brakes on U.S. dollar bullishness. As a result, the dollar index (DXY) slid, but now that tensions in the Middle East have somewhat subsided for the time being, bulls are hoping that they can push the dollar past a key DXY level.

“The US Dollar has extended its 2020 bullish run following last week’s ascending triangle break,” wrote James Stanley in Daily FX. “As looked at in last Tuesday’s webinar, the late-2019 sell-off saw the USD push down to fresh five month lows. But early 2020 trade did not see that move continue as a upward-sloping trendline was matched with horizontal resistance taken from an area of prior support. A bullish breakout followed, and prices continued to track up to the 97.50 area on the chart; at which point a short-term range began to develop between 97.33-97.50.”

“On a longer-term basis, bearish appeal could remain around the prospect of prices holding at lower-high resistance,” Stanley added. “This is inside of the 97.70 level that had functioned as the yearly high in 2018 and again in the first-half of 2019. Support could be followed from the resistance zone looked at in last week’s ascending triangle, taken from around 97.04-97.20.”

Gold traders, of course, are hoping for the opposite. The U.S.-China “phase one” trade deal is injecting a healthy dose of optimism into the markets, which is keeping gold and silver prices at bay.

After hitting highs the previous week, this week could see a rollercoaster-like drop as precious metals traders brace themselves for the wild ride. Gold investors can still forge on to diversify their portfolios with alternative assets.

Investors looking for core exposure to gold in 2020 can look at the SPDR Gold Shares (GLD). GLD seeks to reflect the performance of the price of gold bullion, less the expenses of the Trust’s operations–the Trust holds gold bars and from time to time, issues baskets in exchange for deposits of gold and distributes gold in connection with redemptions of baskets.