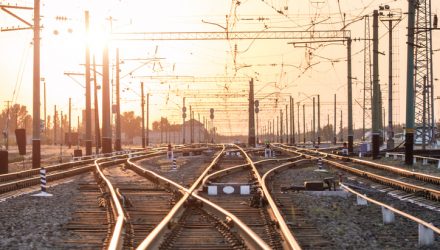 As States Finally Spend on Infrastructure, This ETF Could Benefit

After years of neglect and just in time for an election year, states across the U.S. are finally devoting dollars to infrastructure projects, a theme that could propel the FlexShares STOXX Global Broad Infrastructure Index Fund (NYSEArca: NFRA) in 2020.

“Buoyed by a recovering economy and increases in their revenue, states from Utah to Florida are pumping more money into transportation projects to speed up traffic-clogged highways and modernize aging infrastructure,” reports Dow Jones. “The 50 states collectively spent $113.2 billion on transportation in the fiscal year 2019, a 9% jump from the previous year, according to the National Association of State Budget Officers. It was the biggest jump since 2015, and transportation industry trackers said they expect spending boosts to continue in 2020.”

A Good Time To Spend On Infrastructure

“State transportation departments and local governments are projected to spend $77.5 billion on highway and street construction investments alone in 2020, a 6% increase over 2019, according to the American Road & Transportation Builders Association,” reports Dow Jones.

Moreover, the state-level opportunity set for NFRA could be long-ranging and last several years, if not longer, particularly as larger states enter the infrastructure spending fray.

Related: A Big, Broad Bond Fund on the Cheap

“States collectively face a backlog of $873 billion worth of repairs for infrastructure projects such as roads and highways, according to the Volcker Alliance, a nonpartisan nonprofit that studies government. As tax collections have bounced back from the recession, states have begun to chip away at those projects, said Brian Sigritz, director of state fiscal studies at NASBO,” according to Dow Jones.