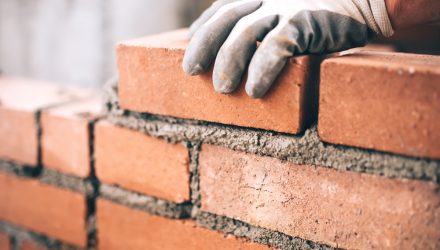 Waiting for infrastructure promises to materialize into real time action can try investors’ patience, but a pair of construction materials producers could be signaling upside ahead for exchange traded funds such as the FlexShares STOXX Global Broad Infrastructure Index Fund (NYSEArca: NFRA).

While neither Vulcan Materials nor Martin Marietta Materials are NFRA components, the two companies recently delivered stellar first quarter results. That could be a sign of heightened demand for infrastructure materials.

“The companies struck upbeat tones in their commentary and calls with analysts. Congress may pass a major infrastructure bill this summer, and the companies are highlighting the potential increases in spending, along with other revenue boosters coming from a recovering economy,” reports Daren Fonda for Barron’s. 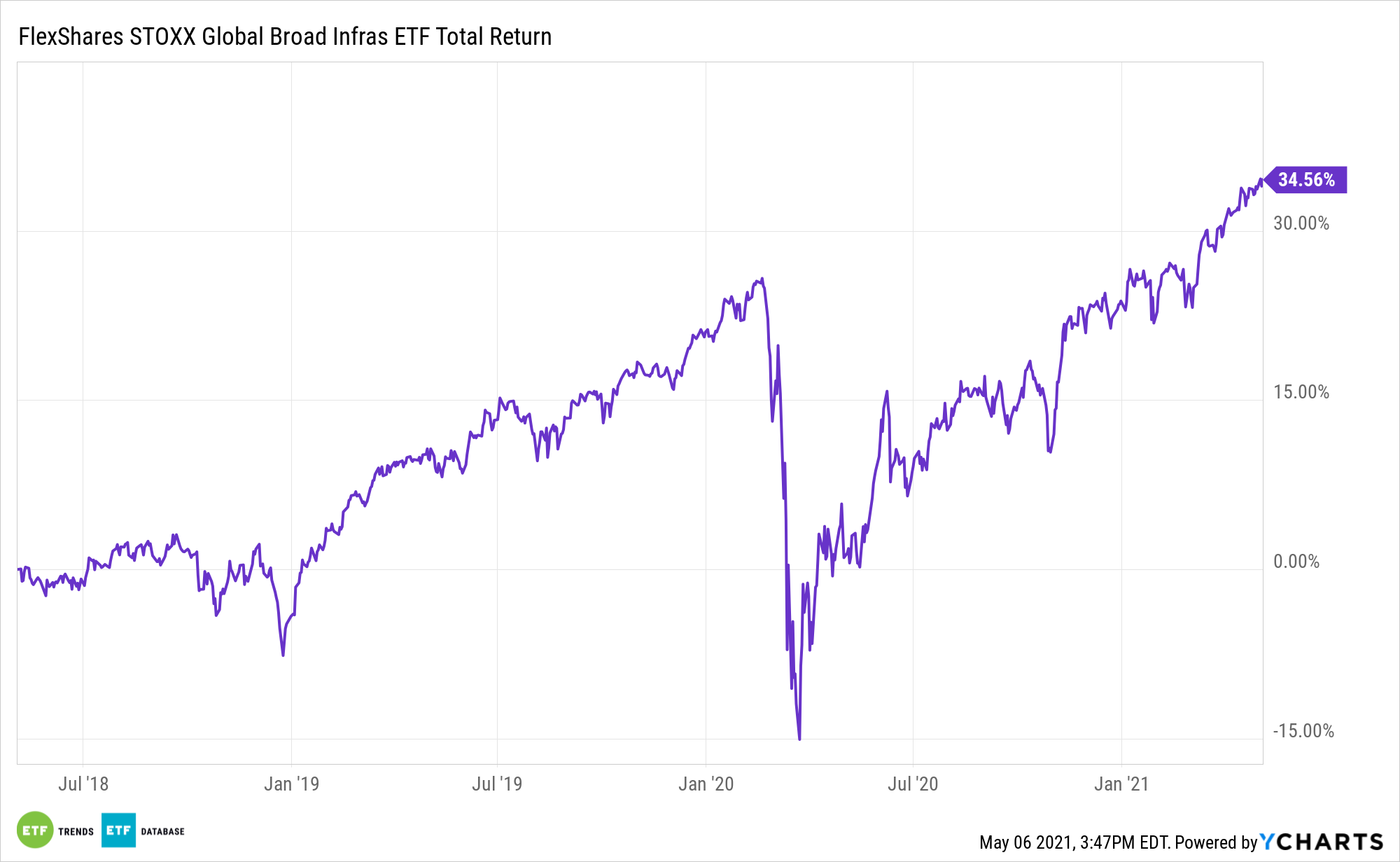 Where Does ‘NFRA’ Fit In?

NFRA tries to reflect the performance of the STOXX Global Broad Infrastructure Index, which identifies equities that derive the majority of revenue from the infrastructure business, providing exposure to both traditional and non-traditional infrastructure sectors.

The fund is up 29.12% over the year, helped by expectations that major infrastructure spending is coming to bolster the U.S. economy.

President Biden is making good on that promise, pitching $2 trillion in infrastructure spending. While some related investment plays are dithering, NFRA is steady gaining 1.51% over the past month. That could be an indication Congressional cuts won’t affect traditional infrastructure – the bread and butter for many NFRA components.

“The federal government’s budget for its 2021 fiscal year includes $45 billion for surface transportation projects like highway construction. But annual spending could increase under proposals now in Congress. A measure in the House would raise annual highway spending to $64 billion while Biden’s American Jobs Plan could raise it to an annual average of $68 billion,” according to Barron’s.

While NFRA isn’t heavy on aggregates names like Martin Marietta and Vulcan Materials, its broader industrial exposure, including transportation names, is a plus against the backdrop of not only more infrastructure spending, but the new housing boom as well.

Should those themes prove their momentum, NFRA could have multiple tailwinds heading into the back half of 2021.