You are at:Home»Equity ETFs»One of the Most Successful ETFs to Debut in 2017 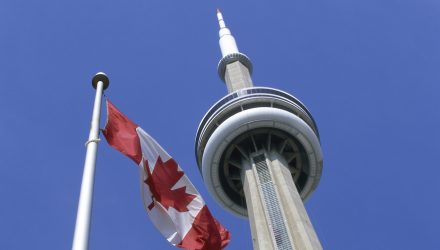 One of the Most Successful ETFs to Debut in 2017

A favored destination for investors since the start of 2017 has been low-cost ex-US equity exchange traded funds. That theme has benefiting the iShares Core MSCI Developed Markets ETF (NYSEARCA: IDEV). IDEV is just 13 months old and already has about $919 million in assets under management, making it one of the most successful ETFs to debut in 2017.

The fund tracks the MSCI WORLD ex USA IMI Index. Canadian stocks account for 8.32% of IDEV’s making that the ETF’s fourth-largest geographic exposure. As is the case with MSCI EAFE strategies, IDEV is heavily allocated to Japan, the U.K. and France. Those developed markets combine for 48% of the fund’s geographic exposure. Overall, IDEV features exposure to more than 15 countries, including 10 European nations.

“As its name suggests, it covers the entire market-cap spectrum of stocks listed in foreign developed markets, making it one of the most diversified portfolios in the foreign large-blend category. Stocks listed in foreign developed markets account for roughly 85% of the foreign investable market cap, so this fund could easily be used as a core portfolio holding,” said Morningstar in a recent note.

A Good Deal for An International ETF

IDEV charges just 0.07% per year, or $7 on a $10,000 investment, making it one of the most cost-competitive international ETFs on the market. More importantly, valuations on ex-US stocks are far more attractive than on domestic equities.

“For investors inclined to add during the current weakness, focus on non-U.S. equities, which are more reasonably valued,” said BlackRock. “Developed markets outside the U.S., as tracked by the MSCI ACWI-ex U.S. Index, is trading for roughly 15 times trailing earnings, the cheapest since late ’15. Right now with the U.S. being still the most expensive market and the epicenter of uncertainty, non-U.S. equities offer better value, and perhaps better protection.”